Osteoporosis doesn’t get much attention but it should. Here’s why 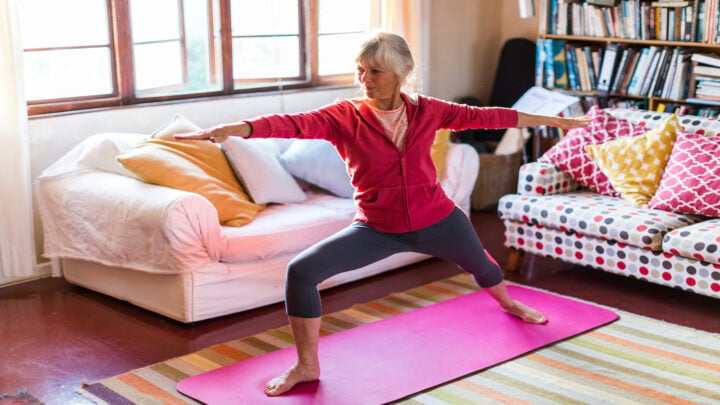 Osteoporosis can be managed with diet and lifestyle changes in some cases, but that’s only possible if it’s diagnosed in time. (Image source: Getty)

Australians are well-versed in the risks of cancer that we don’t even need to say the word – ‘The Big C’ is enough. But what about ‘The Big O’? No, we’re not talking about Meg Ryan’s famous scene in When Harry Met Sally, but about osteoporosis.

Reviewing data from Healthy Bones Australia and official government statistics on cancer shows that osteoporosis is, in fact, more common than breast and cervical cancer combined. And, even more worryingly, despite its common nature, osteoporosis is unlikely to be diagnosed before it has caused a bone fracture – the impacts of which can range from social isolation and the loss of confidence to the loss of mobility itself.

That’s why the campaign called The Big O is focused on driving a proactive approach to diagnosis and treatment of osteoporosis, by arming women aged 50-plus with clear information about osteoporosis risk factors (there’s a quick online quiz you can take to get your own risk profile) and encouraging them to ask their doctor for a bone density scan, also known as a DEXA scan.

Dr Mansberg, who covers health topics on Sunrise and The Morning Show, as well as being a GP herself, is backing The Big O campaign because she sees first-hand the devastating impacts osteoporosis can have on people’s lives, especially if it’s not diagnosed before a bone fracture occurs.

Most commonly, she says, people with undiagnosed osteoporosis suffer a ‘fragility fracture’, so called because they sustained the fracture through normal daily low impact activities – which can be as seemingly insignificant as opening a tight jar lid or putting a hand out to break a fall.

Such a fracture should be a prompt for GPs or emergency services doctors to investigate the patient for osteoporosis, Dr Mansberg explains, but too often that doesn’t occur.

“It is not ‘normal’ to have a fragility fracture; if whatever happened wouldn’t have caused a fracture when you were 20, then it shouldn’t be causing you a fracture now,” she says. “Yet few emergency departments ever say to patients who come in with a fracture, ‘listen, go and see your GP, this is technically a fragility fracture and you’re going to need to have a bone density scan for osteoporosis.”

Instead, she says patients with osteoporosis often go undiagnosed until they suffer a more serious bone fracture or break – and suffer potentially life-shortening results.

“The reality is that the biggest predictor of a fracture is having had a fracture already,” Dr Mansberg says.

“Osteoporosis can actually be a pretty nasty condition, particularly if you have something like a hip fracture. Forty Australians get a hip fracture each day and pretty much all of those fractures are a result of osteoporosis. Of those 40 people, less than half will be discharged from hospital to home – the majority have to go into respite care or into a nursing home.

A hip fracture has a profound effect on quality of life with less than half back to walking normally one year after the fracture. And yet I just don’t think osteoporosis has got the top billing that heart disease or breast cancer gets, which is a shame.”

Don’t leave it too late for an osteoporosis diagnosis

Osteoporosis is a chronic condition that causes bones to weaken over time, making them more susceptible to breaks. It affects about 15 per cent of the Australian population aged over 50.

Treatment through medication and lifestyle changes can slow the deterioration of bones, which otherwise would become increasingly porous and more fragile.

Yet a staggering 80 per cent of cases aren’t undiagnosed until a break occurs, most likely because osteoporosis is a ‘silent condition’ – there are no tell-tale symptoms, – and because some doctors aren’t as focused on osteoporosis as they may be on other more obvious or better-known conditions, as Dr Mansberg points out with regard to fragility fractures.

The Royal Australian College of General Practitioners acknowledges the latter issue, noting in its own 2017 report that “osteoporosis remains significantly underdiagnosed and inadequately managed in Australia”.

It goes on to say that fewer than 20 per cent of patients who attend healthcare services with what’s known as a minimal trauma fracture   – a fracture caused by what most people would consider minimal trauma, such as a fall from a standing height –  are even investigated for possible osteoporosis.

It goes on to say that fewer than 20 per cent of patients who attend healthcare services with what’s known as a fragility fracture – a fracture caused by what most people would consider minimal trauma (low impact), such as a small fall from standing height or less – are not even investigated for osteoporosis.

The trouble is that undiagnosed osteoporosis places a person at greater risk of breaking a bone, and worse still, once a fracture occurs, the risk of further fractures, is significantly increased. Alarmingly, research published in the Annuals of Rheumatic Disease  and the Osteoporosis International journals found that once a fracture occurs, further fractures are between two to five times more likely.

As such, The Big O campaign’s key message is ‘don’t wait for a fall to find out if you have osteoporosis’. Instead, it urges older women to ask their GP to refer them for a bone density scan to check their bone health.

A bone density scan is the only way osteoporosis can be diagnosed before a bone fracture or break occurs. Also known as a DEXA scan, the procedure takes just 10–15 minutes and is painless and gives you a result called a T-score that your doctor can use to determine whether you have or are at risk of developing osteoporosis and recommend appropriate treatment if required.

If you’re unsure whether to ask your doctor for a bone density scan referral, The Big O recommends considering the checklist below – if you answer yes to any of the questions, that should be a prompt to ask for a scan. (Checking out the campaign’s online risk quiz could also help make up your mind!)

Yvette Kaleel’s experience underlines how important it can be for women aged 50-plus to take a proactive approach to their own bone health. Yvette has a family history of osteoporosis but had no symptoms of the condition when, at age 55, she asked her doctor for a bone density scan.

“My bones weren’t feeling right and I started getting creaks and things as I got older,” she said. “I’ve always lived a very active lifestyle but due to my family history I had my concerns.”

Yvette’s doctor wasn’t convinced that a bone density scan was necessary however, telling her she was too young, fit and healthy to require it.

“My GP did sort of dissuade me from having the bone density scan done, he really didn’t want me to do it,” she recalls.

Yvette persisted and, as she feared, her bone density scan revealed that she had early onset osteoporosis and was in the high risk category for fractures – a result that she says shocked her doctor.

Now 58, Yvette’s managing her osteoporosis with medication, dietary changes and weight-bearing exercises – something she wouldn’t have done if she hadn’t insisted on having a bone density scan.

“I always look at the glass half full and try to do the right things, even though it might depend on my genetics as well,” she says. “I can’t stop osteoporosis but I can help prevent it progressing as fast as it otherwise would.”

If you’ve fractured a bone since turning 50, have a family history of fractures and osteoporosis, lost height, or experienced unexplained back pain, you could have osteoporosis. It’s serious but it’s also treatable. Ask your doctor about a bone density scan today. And say no to The Big O.

Do you feel you know enough about the effects of osteoporosis?