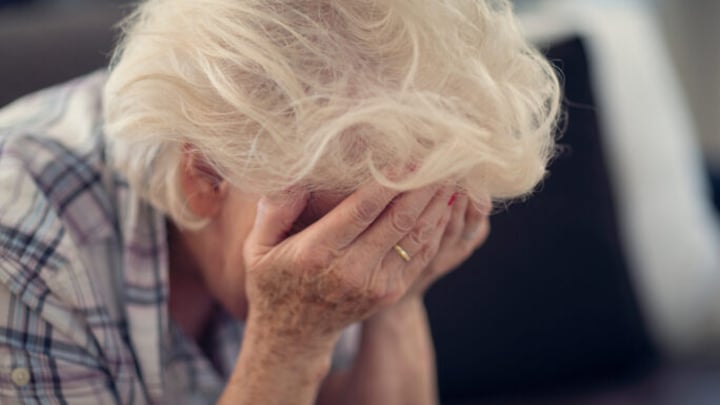 Researchers remain hopeful that the study's findings lead to effective treatments for dementia in the future. Source: Getty Images.

Proteins are essential building blocks that help repair muscles and keep our bodies safe from disease. However, when these proteins malfunction the consequences can be devastating for a person’s health.

One such instance where these proteins can malfunction is in sufferers of Alzheimer’s and Parkinson’s disease, where proteins fold incorrectly and build up causing damage to the brain’s nerve cells.

However, in the Stress-induced protein disaggregation in the endoplasmic reticulum catalysed by BiP study published in Nature Communications, a team led by scientists at the UK Dementia Research Institute, University of Cambridge, has discovered a mechanism that appears to reverse the build-up of these misfolded proteins, not by eliminating them, but rather by correctly ‘refolding’ them.

Dr Edward Avezov from the UK Dementia Research Institute at the University of Cambridge explained that “just like when we get stressed by a heavy workload, so, too, cells can get ‘stressed’ if they’re called upon to produce a large amount of proteins.”

“There are many reasons why this might be, for example when they are producing antibodies in response to an infection. We focused on stressing a component of cells known as the endoplasmic reticulum, which is responsible for producing around a third of our proteins – and assumed that this stress might cause misfolding,” he said.

“We were astonished to find that stressing the cell actually eliminated the aggregates – not by degrading them or clearing them out, but by unravelling the aggregates, potentially allowing them to refold correctly.”

Avezov is hopeful the discovery could lead to effective treatments for dementia in the future.

“If we can find a way of awakening this mechanism without stressing the cells – which could cause more damage than good – then we might be able to find a way of treating some dementias,” he said

According to Dementia Australia, in 2022, there are an estimated 487,500 Australians living with dementia.

Dementia encompasses a collection of symptoms that are caused by disorders that impact the brain.

Alongside this most recent study, a number of research efforts have been conducted over the years in an attempt by the medical and scientific field to develop a possible treatment or even a cure for dementia.

Recently an Australian and US-based study of 17,000 people, aged 65 or older, discovered that walking slowly can be an early sign of cognitive decline.

“These findings underscore the importance of the method in assessing dementia risk,” says Daya Collier, a research fellow at Monash University School of Peninsular Medicine in Victoria, Australia.

Their research suggests that GPs and clinicians implement a simple memory and walking-speed test in their practice to help identify if an elderly person is at risk of dementia, allowing them to introduce preventative measures early on.