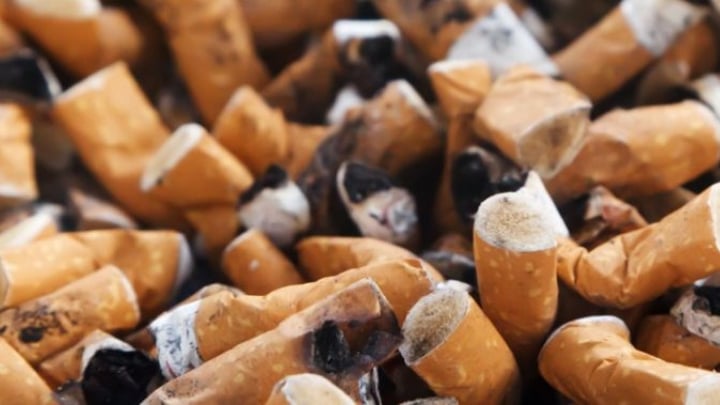 Some Health Ministers are hoping to increase the smoking age to 21. Picture Source: Pexels

Health ministers across Australia will debate on Friday whether raising the smoking age to 21 will benefit public health.

At present, smoking is a leading cause of heart attacks, stroke and lung disease, killing more than 19,000 Aussies every year. It is currently legal to purchase cigarettes from the age of 18, although many state health ministers want the age raised to 21. Still, not all states are on board with the proposed changes.

According to a report by the Daily Telegraph, West Australian Health Minister Roger Cook is pushing for cigarettes to be banned for sale to anyone under the age of 21. It comes after mining magnate Andrew Forrest has also encouraged the federal government to crack down on the tobacco industry, noting it could be liable for the many health problems smokers face as a direct result of their cigarette habit.

But New South Wales Minister Brad Hazzard has slammed the idea. He explained to the Daily Telegraph that while he supports plans to raise awareness around the health issues relating to smoking, he doesn’t think raising the legal age is the answer, with education rather than punitive measures being his preference.

It was a hot topic on Thursday’s Sunrise, where a panel of experts debated whether or not raising the age was a good move. 3AW host Tom Elliott said it wasn’t a good idea, but questioned if in fact the correct drugs were being targeted, given that the Victorian government facilitated the safer consumptoin of ice.

Health ministers around the country will tomorrow considering raising the smoking age from 18 to 21.

He said that for Victoria, an injecting room was a far more serious health concern than “smoking cigarettes”.

It comes as a study published in the BMJ Journal on Thursday said that further increasing the price of cigarettes was another thing that could be done to save lives. The report said that raising the cost of smokes by 50 per cent in 13 middle income countries had the potential to save 450 million years of life. The BMJ story did not specifically address the cost of cigarettes in Australia, where they are significantly more expensive than in comparable countries such as the US and UK.

Read more: Raising the ‘smoking age’ to 21 – smart move or too nanny state?

The research claimed that smoking would be responsible for one billion deaths in the 21st century, with most of those occurring in low and middle income countries.

“Effective tobacco control could avoid hundreds of millions of early deaths, and tobacco taxation is the single most effective measure to increase quit rates and deter young people from taking up smoking,” the researchers wrote.

People expressed their concerns in comments on the Sunrise post, both for and against the smoking age to be raised in Australia. One woman said that smoking wasn’t nearly as dangerous as it’s made out to be.

“What a load of rot,” she said. “Smoking can be harmful but nowhere near as harmful as they say. Give me a smoker any day compared to a drunk or drug addict. The government makes too much money in taxes from smokers but pander to the drug addicts.”

Another said that if the smoking age is raised, it should be the same for other priviledges that come with adulthood.

“Well if that’s the case, raise the drinking and voting as well,” they said. “I would buy them for my adult 18-year-old if they smoked. There are more important issues you should be dealing with than ‘should we up the smoking age’. I say NO.”

Since 2012, all tobacco products sold in Australia have been hidden from view from customers, while all products have been sold in plain packaging. Photographs of number of gruesome health problems that relate to smoking, as well as clear warnings on the health risks of smoking, have also been displayed prominently on cigarette packs.

What do you think? Is raising the age really going to help?