‘Do it for your family’: The easy, non-invasive way to check for prostate cancer 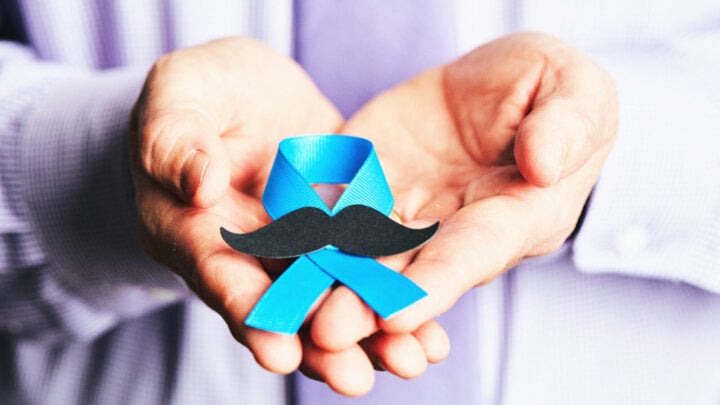 This Movember Aussie men are being encouraged to get checked for prostate cancer. Source: Getty

Aussies are being urged to get their prostate checked this November, with a new way to detect cancer making it easier for men around the country to ensure they’re healthy – and you’ll be pleased to know it’s far less invasive than other methods.

Sadly, prostate cancer is the second most common cancer diagnosed in Australian men (after lung cancer), with one in six men diagnosed with the disease by the age of 85. And unfortunately it’s often referred to as the ‘silent killer’ because in its early stages there are usually no obvious signs or symptoms.

Prime Minister Scott Morrison knows this all too well. Earlier this year his father passed away after a 10-year battle with the disease. Now, he’s making a point of encouraging men to get tested before it’s too late.

“Start that conversation, you’ve got to talk about it,” he said in a video shared to the Prostate Cancer Foundation Australia Twitter page. “You don’t have to have the rubber gloves anymore. And if like me, you’ve passed the big 5-0, be aware of the symptoms and get checked. I do it each year, often more than once. Never be too shy or embarrassed to look out for yourself. But most of all, do it for those you love. Do it for your family. Do it for the people who love you.”

Scott Morrison’s father passed away earlier this year after living with prostate cancer for 10 years.

Registrations are now open for the 2020 Big Aussie Barbie – join us from Nov 27-29 to raise awareness and funds! https://t.co/tGGVO8BHfa pic.twitter.com/jDGunxmTyX

As Morrison said, getting tested can make all the difference. In fact, there’s a 98 per cent or greater chance of survival if the cancer is detected early and accurately. That’s why Australian company Maxwell Plus is on a mission to ensure more men over the age of 40 check their prostate cancer risk – and the company’s method has been heralded by a leading urologist.

It begins with you completing a simple three-minute risk assessment quiz online, with basic questions about your age, background and history of cancer in the family to determine your level of risk of developing the disease. For example, you could be low risk, moderate risk or high risk.

You’ll then be sent a blood test request which you can take to your local pathology lab. From there the team of doctors at Maxwell Plus will review your results with what’s known as Al Prostate Testing technology. This is a non-invasive service that uses artificial intelligence technology, which is based on the research from medical records of over 250,000 men worldwide to help get a more accurate picture of your health.

The results are proven to be more accurate because they eliminate human variability, use the largest database in the world of prostate cancer testing and analyse more aspects of a prostate cancer test. If further action is required after this, you will be notified.

This form of testing was recently recommended by leading urologist Professor Tony Costello, who performed the first open radical prostatectomy using robotic surgery in Australia in 2003. Costello said telehealth platforms such as Maxwell Plus are a great way for patients to monitor their prostate cancer risk, especially during Covid-19 when people are reluctant to visit their GP.

“Often doctors will only discuss prostate cancer when a patient specifically asks for testing and even then may advise against it — meaning too many Australian men are not being diagnosed with the fatal disease until it’s too late,” he said. “Men should know whether they have prostate cancer and whether it needs any treatment before it spreads and it’s incurable.”

For more information and to get the testing process started, click here.

Do you know anyone who has had prostate cancer? When was the last time you took the test?