Straight talk: People who are obese have just 5 stark choices 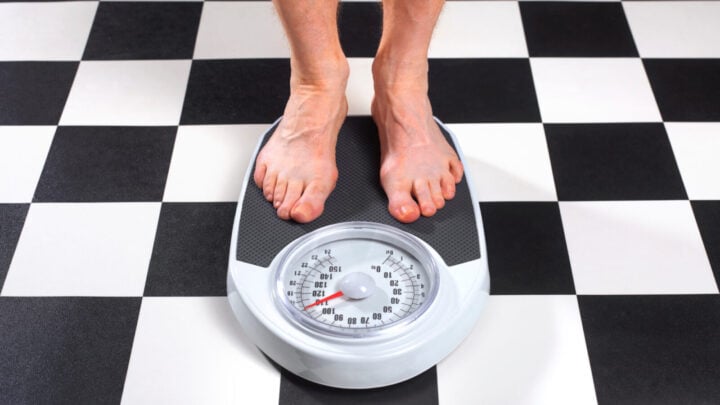 While sitting at my local cafe, I couldn’t help but notice the number of people with varying degrees of obesity walking through the shopping centre. It’s estimated that a third of the Australian population has a BMI over 30, excluding those with a large muscle mass, such as body builders and professional athletes.

A study published in 2015 in the American Journal of Public Health examined the probability of an obese person attaining normal body weight. This study reviewed close to 177,000 people over a nine year period, studying those with a BMI of 30-39 (moderate obesity) and also a BMI of 40-45 (morbid obesity).

The data that was somewhat more encouraging showed that with morbid obesity one in eight males and one in seven females could lose 5 per cent of their weight. Unfortunately this is too little and, typically, too late.

It appears that people in the morbidly obese range have an estimated loss of life of up to about 14 years, and in some cases even 20 years. When you think about obesity, you typically associate it with diabetes and all forms of cardiovascular disease. But the studies clearly show a strong link between obesity and all of our modern killers — including cardiovascular disease, Alzheimer’s disease and cancer.

There are really only five choices for an obese person:

1) Stay as they are and expose themselves to these tremendous health risks.

2) Drastically change their life, which includes a significant reduction in caloric intake, reduction in refined carbohydrates and alcohol. It also involves a regular graded exercise habit achieving somewhere between three to five hours per week of a combination of aerobic exercise along with strength and resistance training.

3) Having a lifelong commitment to point two (above) but adding some supplements with a reasonable evidence base, such as the bergamot derivatives with BPF99 extract.

4) Maintaining points two and three (above) but also adding one of the newer agents, known as GLP1 agonists, which involves a weekly injection. The GLP1 agonist semaglutide has been shown recently in a New England Journal of Medicine article to help obese people achieve up to a 15 kilogram weight loss. This was in a group of non-diabetics, despite the fact these drugs were initially developed for the management of Type 2 Diabetes.

5) The final choice is some form of gastric surgery, such as gastric bypass, gastric banding or the favoured technique in Australia, gastric reduction surgery.

In the US, the most commonly performed procedure is the gastric bypass procedure, and a recent study, published in the journal Gastroenterology, has shown a significant reduction in obesity-related cancers in people undergoing this operation. Obesity-related cancers include breast and prostate cancer, colorectal cancer, pancreatic, endometrial and thyroid cancers along with liver cancer and multiple myeloma.

In this particular study, 98,000 individuals aged between 18 to 64 were diagnosed with severe obesity and varying degrees of non-alcoholic fatty liver disease. Over a 10 year period, a third had bariatric surgery. Those who underwent the surgery had an 18 per cent reduction in all cancers and up to a 25 per cent reduction in obesity-related cancers. When the group was divided into varying degrees of fatty liver disease, in some cases the reduction in obesity-related cancer was 50 per cent.

The message is very clear: if your body mass index (weight-kg/height-metres2) is above 30 you need to seriously start thinking about the long-term health consequences. Not only is there evidence that you will reduce your lifespan, you may be spending the final 20 years of your life battling either cardiovascular disease, Alzheimer’s disease or cancer.

I say to all of my patients that life is not about making the big decision to be healthy but making 30 to 50 small decisions every day, such as “I won’t eat that biscuit; I won’t have that extra glass of wine; I’ll take the stairs rather than use the escalators”. Although you will see no major change acutely from these small decisions, over time you will reap the enormous health benefits of losing weight and being much more healthy.

Have you found this article helpful? Do you have a question for Dr Ross Walker?