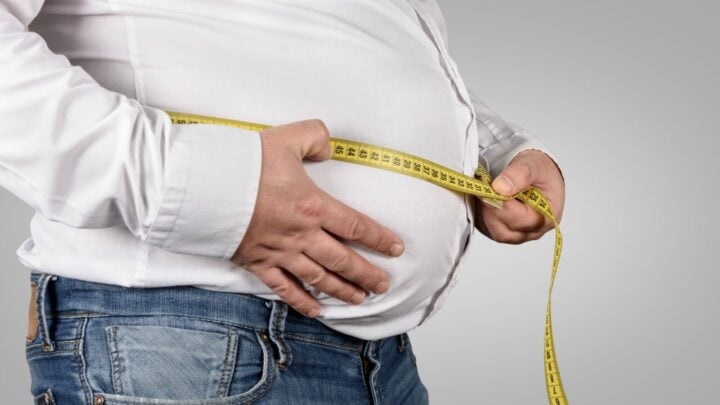 Men carrying extra weight may be at a greater risk of dying from prostate cancer. Source: Getty.

The study of more than 200,000 UK men, which was presented at this year’s European and International Congress on Obesity (ECOICO), found that there is a link between how much body fat men have around the belly and waist and the risk of death from prostate cancer.

To better understand the relationship between body fat and prostate cancer, researchers from the University of Oxford analysed data on 218,225 men aged 40 to 69, who were free from cancer. Their health was followed for 10.8 years.

“We found a significant association between [the] concentration of body fat around the belly and waist and the risk of prostate cancer death, but no clear association between total body fat and risk of prostate cancer death,” she said. “However, a larger number of cases in this study together with studies in other populations are needed to confirm these findings.”

Dr Perez-Cornago continued: “A high BMI increases the risk of other diseases, including other types of cancer, so people should consider the implications of excess body fat wherever it is found in the body. Future work will examine associations between adiposity and aggressive types of prostate cancer, including advanced-stage and high-grade disease.”

It comes after Starts at 60 spoke to physiotherapist Andrew Wynd from Balwyn Sports and Physiotherapy Centre in Victoria about easy ways to get rid of a beer belly. He explained why older people are more prone to a beer belly, what diet and lifestyle factors can contribute to a person getting a beer belly and what exercises are the best when it comes to beating a beer belly.