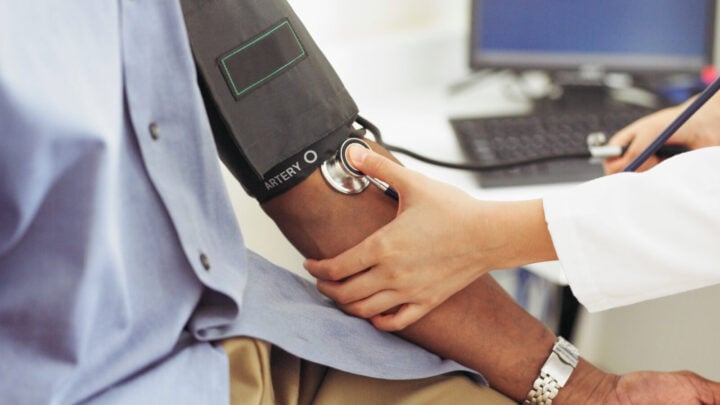 High blood pressure (hypertension) is a common condition, affecting about one in three Australians. While it’s common knowledge that persistent high blood pressure can increase your risk of a number of serious and potentially life-threatening health conditions, such as dementia, new data has suggested that more granular short- and long-term fluctuations in blood pressure are also an indicator of cognitive decline.

The study, published in the Journal of the American Heart Association, revealed high blood pressure variability (BPV) in older adults, particularly in men, is associated with an increased risk of dementia and cognitive decline.

“By around 2050, we believe that people aged 60 years and older will outnumber adolescents and youths,” Associate Professor Joanne Ryan, who co-led the study, said. “As an age‐related disease, and one with a notable lack of treatments, dementia will indefinitely remain a major public health priority. Any opportunity to identify early those at risk, and engage people in preventive therapies, is important.”

“This enabled us to capture detail on many facets of cognition and memory, including global cognition, delayed episodic memory, verbal fluency, and processing speed and attention,” Ryan said. “They also underwent a validated depression scale prior to each annual cognitive test, which is important because depression may have an impact on cognitive function.”

Ryan said further studies are needed to help determine the underlying reasons for the sex-specific differences, and whether reducing BPV can preserve late-life cognitive function.

“While we don’t know for sure, it is tempting to speculate about the existence of different pathways towards cognitive decline in men and women,” she said. “Or sex hormones such as oestrogen across a woman’s lifetime may have a protective effect for women.

“More study is warranted into this area to help determine the underlying reasons for these sex-specific differences, and into research to find out whether reducing BPV can preserve late-life cognitive function.”