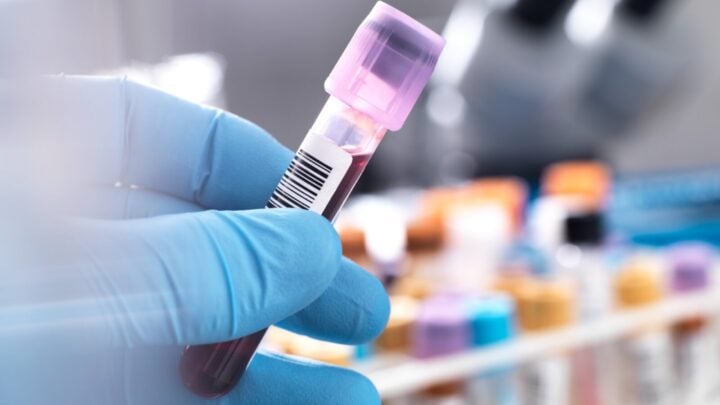 Researchers are looking into a blood test that could detect Alzheimer's disease early. Source: Getty.

Scientists say they are one step closer to finding a blood test that could detect Alzheimer’s disease early.

Several studies presented at the Alzheimer’s Association International Conference (AAIC) on Tuesday showed it was possible to measure the levels of a protein called tau, one of the hallmark signs of Alzheimer’s disease, in the blood. Results were published in the Journal of Experimental Medicine (JEM ) and Journal of the American Medical Association (JAMA).

Meanwhile, Dr Ian Musgrave from the University of Adelaide said the recent findings are a great step in the right direction.

“Importantly, these tests may be able to pick up Alzheimer’s before significant damage has occurred. However, there is still a way to go. The numbers of subjects are relatively low and these tests will need to be trialed in larger population groups with more diverse clinical conditions to ensure accuracy.”

Professor Colin L Masters from the University of Melbourne added: “These two independent papers provide compelling evidence that it is possible to use blood plasma assays of p-tau to diagnose Alzheimer’s disease specifically and with a high degree of accuracy.

“Two different methods were used (mass spectrometry and immunoassay), and both methods worked very well. Using a large cohort of subjects at genetic risk of early-onset Alzheimer’s disease, the test appears to work many years before the onset of clinical symptoms.”

What are your thoughts on this study? Do you think this is good news?