Throw another steak on the barbie! Eating meat can improve your mental health 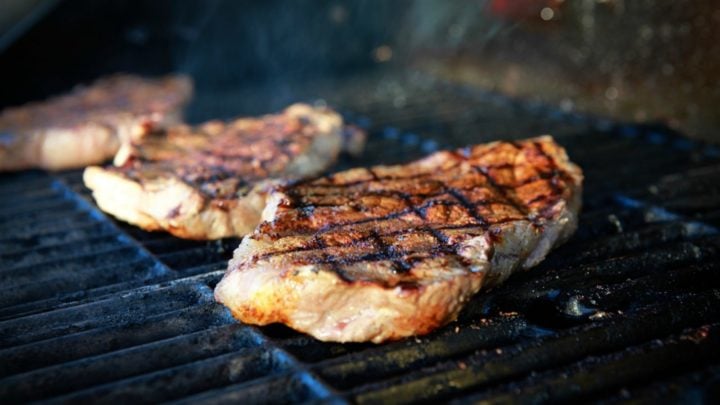 There is a seemingly endless stream of studies constantly warning of the dangers of eating too much meat — but recent research has found that eating meat boosts your mental health. Yep, that’s right, eating a small steak every so often is indeed good for you.

In the US-based study, published in the journal Critical Reviews in Food Science and Nutrition, researchers examined “the relation between the consumption or avoidance of meat and psychological health“. The study, which looked at more than 160,000 people, found those who followed a plant-based diet were twice as likely to take prescription drugs for mental illness.

Compared to meat-eaters, vegetarians are also three times more likely to think about or perform self-harm behaviours. The study also found that a shocking one in three vegetarians will suffer from depression or anxiety in their lifetime.

“While the risks and benefits of vegan and vegetarian diets have been debated for centuries, our results show that meat-eaters have better psychological health,” Dr Edward Archer, one of the study’s lead authors, said. “These findings have implications when defining what constitutes a ‘healthy diet.’ Mental health may need to be emphasized when evaluating the benefits and risks of particular dietary patterns.”

While eating meat may have its benefits, eating too much isn’t good for you either.  One study published in the Journal of the American Medical Association (JAMA) found eating high amounts of processed meat over a long period may increase your risk of heart disease. The study was carried out by US researchers, who investigated the link between meat consumption and heart disease in 30,000 adults from six study groups in the US.

What are your thoughts on this? Do you agree with the study?