‘TV people, if you’re going to talk about supplements, do your research first’ 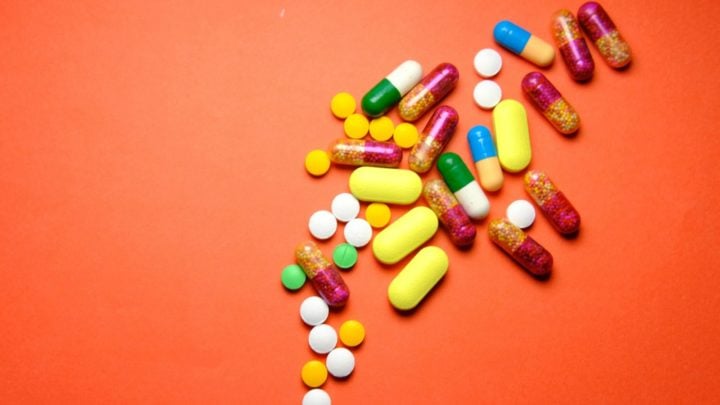 Dr Ross Walker is tackling the tricky topic of supplements and the conflicting health advice around them. Source: Getty

On Sunday, 10 February, 2019 there was a segment on Nine’s 60 Minutes program titled ‘Trick or treatments’. This segment took a swipe at complementary medicine suggesting it was not only of no scientific value but in certain cases may also cause harm.

The segment focused on three aspects of complementary medicine. The first, the natural sedative, Valerian; the second, a green tea extract and the third, a general discussion of Chinese herbs with no specific examples of harm from these products.

60 Minutes presented a case of a woman who had allegedly taken a Blackmore’s Valerian product and at some stage after commencing this therapy there was a significant abnormality in the woman’s liver function to the point where a liver transplant was being considered. To address this issue, Valerian is used all around the world with a reasonable relief of insomnia and there have been very rare case reports of bad reactions to this herb, including some abnormalities in the liver. This is the first case where an Australian Valerian product has been linked to significant liver issues. It is important to point out that there are many other causes for liver disease and although it is possible that Valerian was the culprit, equally it may have been a number of other potential reasons that the woman had serious abnormalities with her liver that resolved after the Valerian was ceased. She did not require a transplant.

The second case was a young man who took a weight loss product called HydroxyBurn Elite, which has very high doses of green tea extract. He required a liver transplant. The benefits of standard-dose green tea are not disputed but there have been a few rare case reports of people having severe reactions to the very high doses of green tea extracts seen in some of these weight-loss products. There have been a number of cases (albeit, not huge) across the world of liver failure requiring liver transplantation related to high dose green tea extracts.

The final portion of this segment was more a generic comment on Chinese herbal preparations suggesting that over 90 per cent have varied contaminants such as heavy metals, animal products and small proportions of pharmaceutical drugs.

Although there are very rare case reports of certain herbal and complementary products leading to adverse health effects, there are many more positive reports suggesting additional health benefits when people take the appropriate and prescribed doses of natural therapies prescribed by a well-trained health professional. I have been working as an integrative cardiologist for a number of years and combine the best aspects of orthodox medicine with evidence-based complementary medicine to offer my patients an integrated service.

There is no doubt that my patients who fare the best are those who practice sound lifestyle principles, take prescribed orthodox medicine and also use appropriate complementary medicines.

It is always a tragedy when any person reacts badly to any substance whether it be prescribed, legal or illegal. The reality is that many more people react badly to pharmaceutical medicine than the very rare reaction to complementary medicines. It is estimated that in the US alone, there are over 100,000 deaths on a yearly basis from prescribed pharmaceuticals.

I have no issues with any television network raising concerns over any form of medical therapy, but at least put this into perspective and if you are going to present any argument about complementary medicine why not have an expert in the area explaining the benefits which far outweigh the very rare detriments? Unfortunately, this doesn’t make for good television as human beings enjoy sensationalism over the facts.

Disclaimer: Dr Walker owns a supplement company but none of the products were mentioned in this article.

Do you take supplements? What are your thoughts on this?