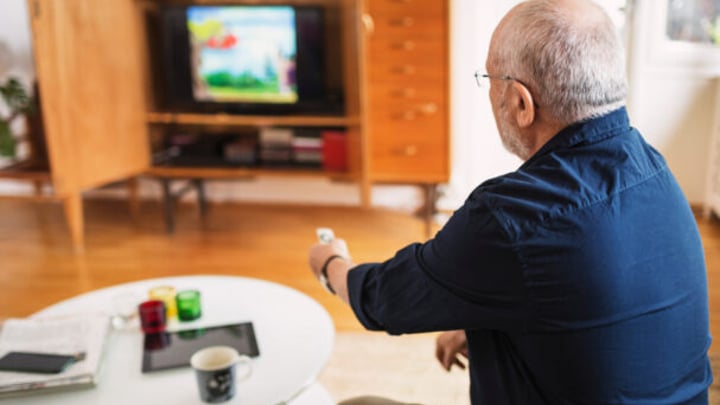 With almost half of Australia’s population in lockdown this weekend, we thought we’d compile a list of shows that are sure to be highlights from the coming week of free-to-air television. Here they are, for your viewing pleasure.

Sunday night brings an assortment of programs to the table.

Beginning at 5.35pm on SBS, documentary Cheating Hitler: Surviving the Holocaust details the travels of three Canadian Holocaust survivors as they travel back to their hometowns. The survivors will revisit old hiding places and killing sites, as well as work through archives to find the answers to the many questions they have regarding their past.

From 7.40pm on SBS Viceland is an episode of The UnXplained with William Shatner. This show examines the dynamic of cults, both in their benign and malignant forms. Shatner drives the investigation to discover what happens when cults convince members to kill either themselves or others.

Finally, from 8.40pm, Channel 10 airs Young Talent Time: Unmasked. This program celebrates the origins of Young Talent Time, 50 years on from the show’s first airing. Hosted by Toni Pearen and starring Johnny Young, Tina Arena and Dannii Minogue, this is sure to be a great trip down memory lane.

From 7.30pm on SBS HD there’s a doco entitled The Assassination of JFK: Ten Mistakes. Revealing the secret details following US President John F Kennedy’s death and the classified documents that expose crucial errors in the investigation, this documentary is certain to be eye-opening.

If that doesn’t sound like your cup of tea, ABC will show Australian Story at 8pm, and Four Corners at 8.30pm. This is set to be 90 minutes of riveting television. Australian Story this week dives into an Australian Federal Police investigation of the biggest insider trading case in Australian history. Following this, Four Corners will explore the overseas ownership of more than half of Australia’s premier soccer clubs, and the benefits they may take from owning a high-level football club in Australia.

Elsewhere, Great Alaskan Railroad Journeys, hosted by Michael Portillo, explores the last frontier of the United States, travelling by the iconic 1879 Appleton’s General Guide to the US. The first episode of the series, this program begins in the freezing Kenai Peninsula.

Afterwards, Australia Now & Then is hosted by Aussie legend Shane Jacobsen on Channel 7 at 8.45pm. This show asks people of all ages which generation had it best. This episode focuses on the toughest generation.

Wednesday night kicks off with an ABC classic, Tom Gleeson’s Hard Quiz at 8pm. Following this, if you flick to ABC TV Plus from 9pm you’ll be able to watch Queen Days of Our Lives. This is a documentary on the formation and subsequent success of wildly popular music legends, Queen.

Otherwise, from 8.30pm, drama series A Touch of Frost airs on 7Two. In this episode, Frost is called when a body is found in the bed of a young couple. Frost somehow finds himself involved in a murder inquiry, and works to uncover an endangered species and illegal animal products import crime ring. You’ll be on the edge of your seat!

From 7.30pm on ABC Me, British cult favourite sci-fi series, Doctor Who will air a repeat from 2012. This episode, entitled ‘Dinosaurs on a Spaceship’ has the Doctor trying to save an unmanned spaceship full of dinosaurs from a fiery ending, with a variety of helpers, including one member of the Pond family.

If British television doesn’t get your fire burning, maybe Going Places with Ernie Dingo will? Airing on NITV at 7.30pm, Ernie meets three Darwin locals and chats with them as they share their stories.

Finally, Thursday night would be incomplete without an instalment of ABC’s current affairs panel program Q+A. Watch live at 8.30pm as the brightest minds in the country collide to debate the biggest topics facing society.