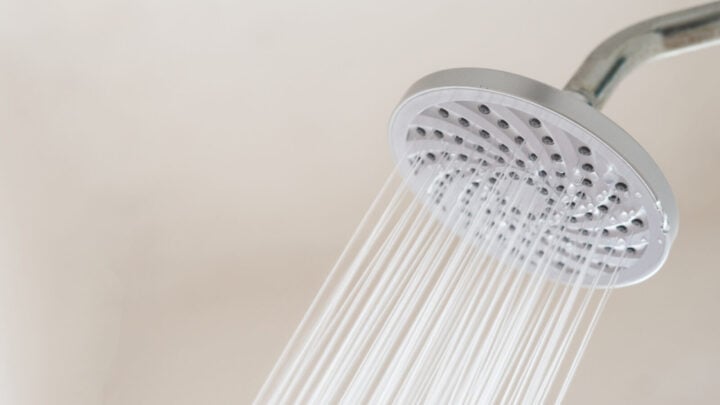 It seems like a simple enough task, but did you know there’s actually a right way to shower? Yes, that’s right, there is, which means there’s a very good chance you’ve made one of these showering blunders listed below before.

So with the help of dermatologist Dr Saxon Smith, we look at the most common showering mistakes.

According to Smith, using traditional bar soaps in the shower are a big no-no as they can be very drying on the skin. Why? Bar soaps contain a fatty acid alkali salt that can be damaging to the skin. As an alternative, Smith recommends looking for a product which is labelled soap-free or even sodium lauryl sulphate-free.

He continues: “Similarly products that are high in sodium lauryl sulphate (a liquid detergent) can have a similar detrimental effect to the skin.”

Not washing your soap off properly

Have you ever stepped out of the shower and realised you didn’t wash off all the soap? While it might seem harmless, it’s not entirely. Smith says soap left on your skin, especially liquid soap, can cause dryness and skin irritation because of the chemicals and fragrance that it contains.

Showering for too long

Growing up there’s a good chance you were told not to have long showers. Aside from saving water, there’s another good reason to limit your time soaking under the shower head. Turns out, showering too long strips the ‘good’ oils from your skin, which can result in dryer skin.

“The longer the shower, the more water will strip the natural moisturising factors from the skin,” Smith says.

“This is the impact of water rushing over the skin over a long period of time, which is most obvious when our skin goes wrinkly or pruney. This doesn’t happen as quickly in a shower but it does still happen.”

Sometimes nothing beats a nice hot shower. But while those showers may be calming for the mind, they’re actually not the best for your skin. Just like a long shower, hot showers can also strip the skin of its natural moisturising factors.

“It softens and liquifies these natural oils and strips them from the skin,” he explains.

Hands up if you don’t always moisture after showering? Smith says it’s super important to get into the habit of moisturising immediately after you shower as it keeps your skin hydrated and replaces any lost natural moisturising factors from the showering or bath process.

During summer or humid weather, Smith says it’s best to use a lotion or a light cream, while a thicker cream or even an ointment works best during the cooler months as the skin is usually drier at that time of year.

Smith says to pat dry rather than rub dry. “Even though we all want to wipe down fast and get dressed as soon as possible, how you dry off is just as important as how you bathe,” he says.

Smith advises patting down your skin lightly with a towel before applying moisturiser to the arms, legs and to any other parts of the body that tend to get dry easily.