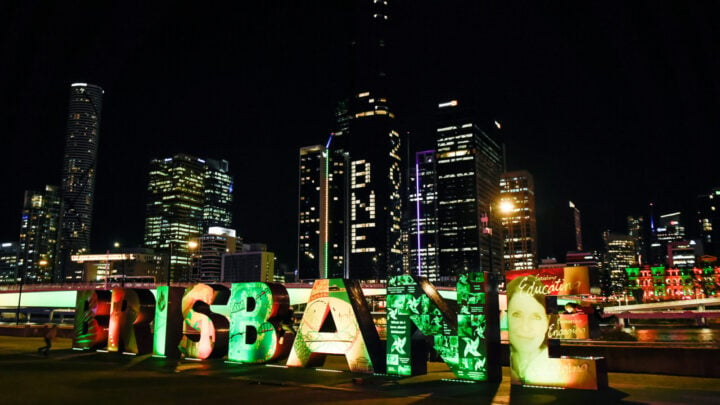 Unless you’ve been hiding under a rock for the last 24 hours, you’ll know Brisbane won its bid to host the 2032 Olympic Games and Paralympics. It will mark the third time Australia has hosted the Games, following the 2000 Games in Sydney and the 1956 Games in Melbourne.

Queensland Premier Annastacia Palaszczuk said from Tokyo at the time: “Nearly 100 International Olympic Committee members cast their votes at the 138th Olympic Committee Session in Tokyo, and they have chosen Queensland to host the world’s greatest sporting event. All Queenslanders can be proud of this historic moment.”

BREAKING: Brisbane, Queensland has officially been named the host city for the 2032 Olympic and Paralympic Games. #Brisbane2032 pic.twitter.com/63yINm9WZf

And while the majority of Aussies are stoked about the news with thousands of Brisbanites gathering in South Bank last night to celebrate the win, others are concerned it could be a total waste of money.

According to the Queensland Government’s Value Proposition Assessment, the games would be held over three venue ‘hubs’ — Brisbane, the Gold Coast and Sunshine Coast — and where possible, existing infrastructure will be utilised, so that the state doesn’t have to go out on a limb to build new facilities that will most likely only be used for the games.

The report added the games could run on a budget of $4.5 billion “at no cost to the state” taking into account International Olympic Committee contributions and domestic revenue, while economic benefits for Queensland have been estimated around $7.4 billion. The report also made a point to note that the highly successful Commonwealth Games held on the Gold Coast in 2018, generated a $2.5 billion boost to the Queensland economy.

One Facebook user wrote: “Who cares!! Such a waste of money when there is so much more things the money could be spent on!!”

Another commented: “Great can’t wait to waste billions of dollars and have everything left deserted to rust and wear down.”

While a third wrote: “Wow pity that no one will probably be alive by then. As the scientist have said they really do not know what covid will mutate into next. Maybe the money would be better spent else where!”

However, others thought the bid win was great news for Australia, with one writing, “Well done to all. Need something good to look forward to.”

Another congratulated the nation and the premier on the win, commenting: “Massive congratulations! Qld leading the way!”

While a third said this would be a fantastic opportunity for our kids and grandkids, writing: “This is such a really great thing for the economy of our region. Just think of the job opportunities that will be open to everyone especially our children given it is 11 years away! Time to start encouraging kids to dream big!”

Financial blowout is a huge risk to cities hosting the games. Debt from the 2016 Rio Olympics has spiralled to $159 million almost four years after the flame was snuffed at the Maracana Stadium, while the 2004 Athens Olympics have been blamed as the catalyst for Greece’s 2015 financial collapse (the games cost the country over $12 billion and many of the purpose-built facilities were never used again).

In fact, most cities that host the games end up in the red. The 1984 LA Olympics were one of the few to make a profit; even the 2000 Sydney Olympics, which are widely considered one of the best ever, reported a loss.

What are your thoughts on this? Are you happy Brisbane is hosting the Olympic Games in 2032?