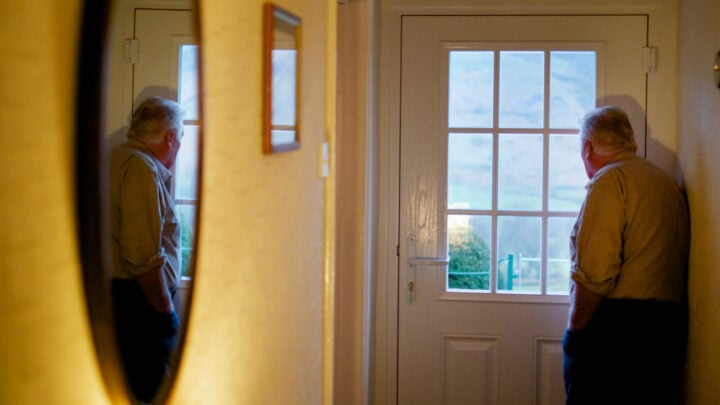 A report into the state of our older nation has revealed a sad, lonely picture. Source: Getty

A new report has revealed the sad story of an older generation experiencing more ageism and lower level of happiness, financial security and community connection than ever before.

The State Of The Older Nation report, released on Thursday by Council on the Ageing (COTA) revealed ageism is on the rise in Australia, with 37 per cent of over-50s now reporting having experienced discrimination – up from 33 per cent in 2018.

The COTA report, which surveyed 2,830 Australians aged 50 and over, found that the number of respondents who rated their quality of life highly had dropped by a staggering 8 per cent since 2018, while only 55 per cent felt secure about their finances and being able to meet their needs throughout the rest of their lives. Those feeling positive about the future had also declined since the report was last done in 2018, with 65 per cent reporting they felt positive about what the future holds for them in the next year or two, a 5 per cent decline.

Sadly, the figures also showed how isolated our older generations are, with 23 per cent (over 650 people) reporting feelings of loneliness in the past few weeks, while 4 per cent (over 112 people) had had no contact with anyone at all in the last week.

The survey comes after the World Health Organisation (WHO) published its staggering findings in March this year, which revealed that one in two people held ageist views, an issue which costs economies billions, leads to poorer physical and mental health, increased social isolation and loneliness, greater financial insecurity, decreased quality of life and premature death. The report called ageism “an insidious scourge on society” and highlighted that the issue has become “institutionalised” and woven into the fabric of our society through laws and social norms that unfairly restrict opportunities or disadvantage someone because of their age.

Ian Yates, chief executive of COTA Australia said the report showed “not cataclysmic but still quite significant shifts” in the experiences and feelings of older Australians, much of which was attributed to the stress of the pandemic and the rising costs of living.

“In 2018, 80 per cent of people said their quality of life was good, that’s dropped to 37 per cent. 67 per cent said their physical health was good that’s gone down to 57 (per cent. Still a majority but it’s less,” he said. “They attribute it to the effects of Covid-19, on their community, their networks, their own levels of anxiety. Also, they talk about the rising costs of living and I think the other thing is that there is a greater awareness of ageism and age discrimination. ”

Yates says COTA will be addressing the findings of the study at the next federal election and proposing campaigning on the issues as well as significant changes to the Age Discrimination Act, which he says currently is very difficult to successfully take action against someone. He said improving older people’s digital skills and the health system were all areas which needed to be addressed.

“This reinforces concerns we’ve had well before, we’ve always been concerned about improving opportunities for mature age employment, but absolutely we will double up on our commitment to addressing ageism and age discrimination,” he said. “We certainly plan to make it a significant issue in the federal election. It also reinforces the need for the mainstream health system to respond better to older people.

“We need to be thinking about improving connectivity for older people, especially in the digital world, before it becomes a really big issue. We know that many of them live alone, connectivity has been an issue in Covid but it was an issue before then and clearly, it’s slipped a bit. We need to be thinking about how we get more people connected to the electronic world, and how we assist them in that.

Anne Edwards, COTA chair said the report painted a grim picture of the state of our older nation and told a story “of an older generation often experiencing ageism, who less often perceive themselves as happy, healthy, financially secure or connected to community than the previous report”.

Marlene Krasovitsky, EveryAGE Counts campaign director, said these worrying trends show that ageism is not an issue that can be ignored.

“Too many are accustomed to laughing off incidents of ageism as relatively trivial, but we know it’s doing real damage to millions of Australian lives,” she said. “The fact that 37 per cent of Australians over 50 have been discriminated against should be considered a national crisis. And to see ageism on the rise since 2018 is particularly alarming.

“Most Australians are living longer, healthier lives. Yet ageist attitudes and practices continue to exclude, diminish and marginalise older people. Workforce discrimination, for example, hurts not just older Australians, but the entire community and our economy.

“Changing social norms is never easy, but it starts with acknowledging the problem as serious. We need to stop shrugging off incidents of ageism and start calling them out.

“The World Health Organisation recently found older people who hold negative views about their own ageing will live 7.5 years less, on average, than those with positive attitudes.

“How can you not develop negative attitudes when over a third of Australians over 50 are being discriminated against, and the rest of us are forced to see and hear ageist views on a daily basis? The COTA Federation has done a tremendous job by drawing attention to this growing problem with this important piece of work.”

Do you feel less happy and financially secure?