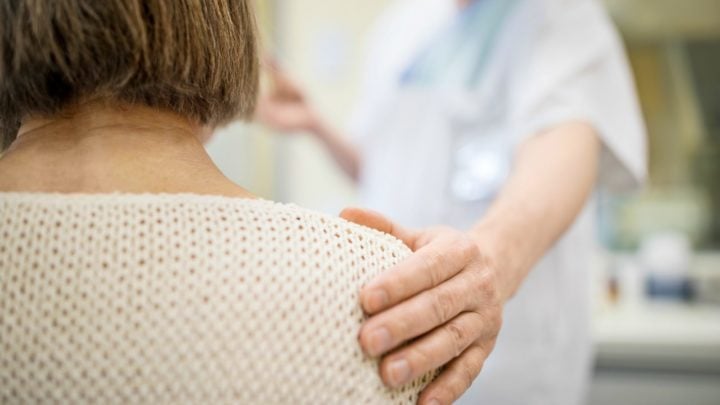 The results of an alarming new study show poorer people are more likely than those from wealthy backgrounds to receive poor-quality end-of-life care. Source: Getty

They say money makes the world go around and it turns out wealth also plays a critical role in the level of end-of-life care Australians receive.

The research, published in the PLOS Medicine Journal by researchers from King’s College London, shows lower socioeconomic position (SEP) is a known risk factor for reduced life expectancy and earlier onset of diseases, but little is known about the role these SEP factors play in end-of-life care.

Researchers analysed 209 studies from North America, Europe, Australia and Asia to see if there was a link between SEP factors – including income, education, occupation, private medical insurance status, housing tenure and housing quality – with healthcare received by adults in their last year of life.

They looked at whether these factors impacted where people died, the quality of care they received, whether or not they received acute care, palliative care and nonspecialist end-of-life care and if they used advanced care planning.

Read more: Most older Aussies have discussed end of life choices with loved ones

Those with the lowest levels of education were also less likely to receive specialist palliative care – which is known to reduce symptoms and improve wellbeing at the end of life.

“These findings should stimulate widespread efforts to reduce socioeconomic inequality towards the end of life,” the study authors wrote.

“We recommend that all research on care received towards the end of life should attempt to account for SEP; end of life care interventions should be analysed for their different effects across the social strata; and the planning and provision of end of life care services should consider SEP in local populations.”

Researchers concluded that, despite the observational nature of the study, there is consistent evidence of socioeconomic inequality in the care received by people as they approach the end of life. They described social inequality in health status and quality of healthcare received as a “global phenomenon” and that people with lower SEP are more likely to experience worse care.

Read more: Your end-of-life care plan: Why it’s so important, how to make your own

What are your thoughts on the study? Do you believe people from poorer backgrounds receive worse care at the end of their life?