Could the cycles of the moon influence your health? Ross Walker investigates 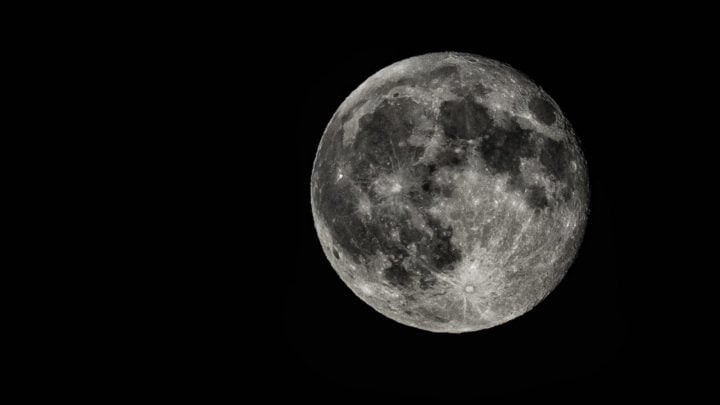 Over the centuries, there have been many myths regarding the influence of the moon on health and behaviour. Source: Getty.

Over the centuries, there have been many myths regarding the influence of the moon on health and behaviour. The most bizarre being that of the werewolf, with a full moon said to trigger the change from human form to that of the mythical beast. A recent excellent review from the website, “Medical News Today” looked at this very issue and I thought I would summarise their findings.

The first focused on menstrual cycles, which some women refer to as their moon cycles. The reason for this misconception is that an average menstrual cycle is around 28 days as is an average lunar cycle. Since the 1970s there have been a number of studies suggesting that females experience menstruation during the full moon whereas they ovulate during the dark phase when there is a new moon. But, when all of the studies were reviewed, the relationship was found to be very spurious and inconsistent.

Secondly, they looked at the links between lunar cycles and sleep as there have been many suggestions that a full moon disrupts sleep, leading to an increase in insomnia. In 2014 a small study was released in ‘Sleep Medicine’ of 319 patients suggesting that a full moon did lead to lower sleep efficiency, spending more time awake or in a light sleep whilst in bed during a full moon.

A much smaller but very interesting study performed in Switzerland took 17 healthy volunteers in their 20s and 16 healthy volunteers between the age of 57-74 and had them sleep in windowless, dark rooms at varying times during the lunar cycle. Their sleep structure, brain activity during sleep, melatonin levels and cortisol levels were measured with some very interesting findings. Around the time of the full moon, these healthy individuals took 5 minutes longer to fall asleep and the sleep duration was reduced by 20 minutes. They experienced lighter sleep and had lower melatonin levels. This is despite the fact that melatonin is released during the dark and suppressed during the day when it is light.

Therefore, these changes could not be explained by the light of a moon as the participants were kept in fully dark, controlled environments. Thus, it does appear that there is some effect from moon cycles and many aspects of quality sleep.

Finally, the moon has long been linked with mental health, in fact the term lunatics comes from the long-held belief that psychiatric illnesses increase during a full moon. A 1984 study suggested there were increased crime rates with a full moon. A reasonable explanation for this, however, is that it is lighter during a full moon and thus easier for criminals to see at night which is the typical time when they may tend to commit crimes.

A small study of 91 patients in 2009 suggested that 23% of admissions to psychiatric wards for violent and behavioural abnormalities were during the full moon which was double the number for other lunar phases. But, the largest study released in 2019 of just under 18,000 individuals from 15 different psychiatric wards over 10 years said there was no evidence of increased aggression during for moon phases. But, psychiatric abnormalities are not just manifested by increased aggression but many other disorders such as depression, anxiety and various other thought and emotional disorders. Thus, I believe it is not clear either way as to whether there is any influence from the lunar cycles and mental health.

Regardless, it is fascinating to think that different aspects of our health are not purely due to a variety of internal and local external factors. The whole concept of energy medicine in its variety of forms is something that is not particularly considered by many conservative doctors typically placed in the too hard, fringe basket. Maybe it’s time people starting thinking outside the square.

Are you interested in lunar cycles? Do you believe they can affect your health?