Health care in the election: Which party is offering what 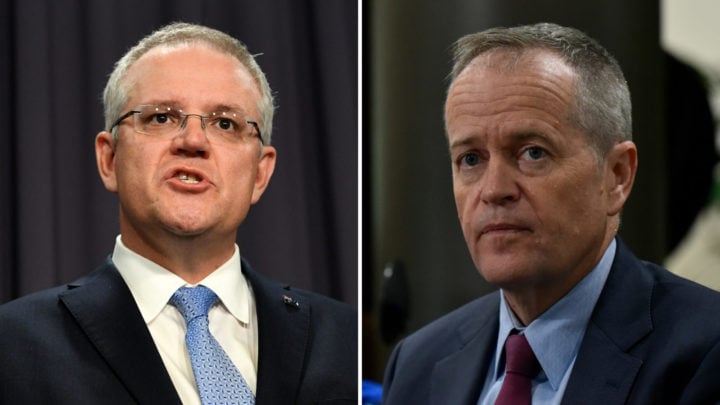 From cheaper dental care to shorter hospital waits, the two major parties are doing their best to woo voters ahead of the election. Source: Getty

The federal election is just weeks away and while it’s hard to escape the political scandals and campaigns making headlines around the country, both major parties are attempting to woo voters with a series of health promises ahead of May 18.

From cheaper dental care to shorter hospital waits, there’s no shortage of ways over-60s could benefit under plans from each party, but it can be hard to keep up with what Opposition leader Bill Shorten and Prime Minister Scott Morrison are promising voters. Starts at 60 looks at some of the major health promises each party is offering and how each would benefit older Australians.

Affordable medicines guarantee: Labor promises Australians will have access to affordable medicines by listing every drug recommended by the independent experts on the Pharmaceutical Benefits Scheme (PBS). Medicines will be available for $40.30 or $6.50 for concession patients – regardless of the normal cost of the medication.

Dental Health: An investment of $100 million is planned to provide an extra 180,000 services at little or no cost to low-income households and pensioners.

Cheaper medication: The party says $308 million would be used to cut the cost of life-changing prescription medicines, saving patients up to $80 per year and giving 1.4 million Australians free and quicker access to medication. A previous investment of $10.6 billion saw costs of more than 2,000 medications slashed to $40.30 (and $6.50 for concessions) since 2013. The Liberals say they will continue to approve every medication recommended for the PBS.

Guaranteed Medicare: The Liberals will increase Medicare spending by $6 billion to $30.7 billion in 2022-23 as part of the Medicare Guarantee Fund – which guarantees the ongoing funding of the Medicare Benefits Schedule and the PBS. The party says 86 per cent of Aussies who visit the doctor have no out-of-pocket costs thanks to GP bulk billing.

Better care: A $1.6 billion investment package would ensure doctors and specialists delivered better patient care, including a $448.5 million funding and service model to support GPs in providing enhanced care to patients and a $201.5 million boost for doctors to improve quality of care.

Increased access to life-saving tests: Access to MRI scans to fight cancer and other serious conditions will be expanded with a $375 million investment to more than 50 Medicare-eligible MRI licences across the country if Morrison is re-elected. A further $32.6 million worth of MRI and PET scans will be offered for breast cancer patients and a $198.6 million investment in diagnostic imaging will mean visits to radiologists, obstetricians and cardiologists are cheaper.

Better hospitals: The Liberals vow to continue increasing funding for every hospital across Australia in addition to their $21 billion hospital funding in 2018-19. Patients will also have access to improved health and hospital services as part of the $1.3 billion Commonwealth Health and Hospitals Program (CHHP).

Who will you vote for at the next election? Do health services offered by the major parties influence how you vote?