How to talk to your grandchildren about death 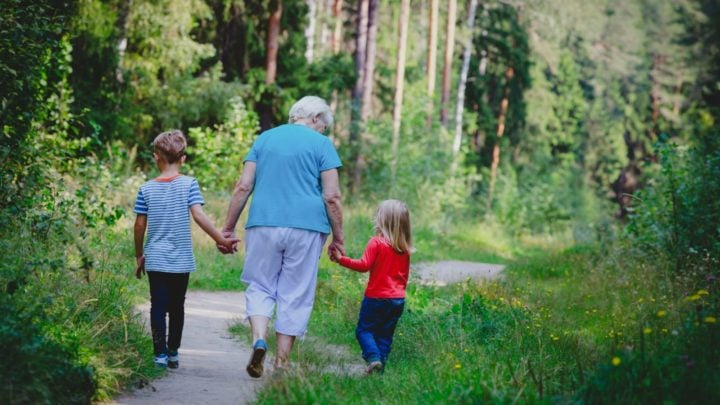 When discussing death with grandchildren, there's a fine line between answering their questions effectively and or causing further confusion or fear.

Grandchildren are full of curious questions and while many are easy to answer, and even amusing, death can be a particularly tricky topic to navigate.

According to the experts, it’s a fine line between answering children’s questions about death effectively and causing them even more confusion.

How much of your own beliefs, for example, do you impart on your grandkids, and should you try to soften the message or get them acquainted with the idea of death from a young age?

If you believe in the afterlife, do you paint a picture of angels, fluffy white clouds and the pearly gates? Or if, on the other hand, you believe once we’re dead there’s nothing more to it, do you relay that more bleak and blunt assessment?

While some grandparents struggle to explain death in a tactful way, particularly when they’re put on the spot, Lauren Breen, Associate Professor in Psychology at Curtin University, says there’s an simple way around it.

“For instance, a grandparent might respond, ‘Every living creature dies. That means I’m going to die someday. When I die, my body will stop working and I won’t be alive again’,” she says.

Breen also says that to avoid confusion or fear about death, it’s best to avoid euphemisms like “gone to sleep”, “lost” or “passed away”.

“Instead, use the D words – death, dying, and dead,” she says. “Encourage children to ask questions.”

Queensland grandmother Michelle Portman says she’s had many conversations about death with her granddaughter Madison, who was seven years old when she first noticed a photo of someone she’d never met in her nana’s home and asked who it was.

“I have pictures of my late mother in my bedroom,” Michelle says. “She often asks me if I miss my mother and where she is. I tell her my mother’s in heaven and she says, ‘Oh, is that where she is, nan?’”

Read more: ‘I wonder how we’ll we be remembered by our children and grandchildren’

Like many young children, Madison is also fascinated by how people died and whether they were buried or cremated.

“I think if kids ask, it is important for them to find out what happens in life. She has asked me how my mother died before,” Michelle says. “I just told her she had trouble breathing and that the angels came and took her.”

While religion and the afterlife can add another confusing element to conversations, Breen says it’s best to be as honest as possible with children.

“There’s nothing wrong with sharing your beliefs about what you think happens to a person when they die,” she says. “Grandparents could also explain that other people have other beliefs.”

It’s also normal for both grandkids and grandparents to experience a range of emotions when having conversations about death.

“In most cases, these conversations are probably more difficult for adults,” Breen says. “Try to be calm and non-judgmental – kids can be very matter-of-fact or direct.”

Where possible, grandparents should process their emotions away from the child to ensure they’re not overwhelming them. As for Michelle, she knows more questions about death are bound to pop up as Madison grows older and while she says she will be as honest as possible, she believes some details are not appropriate for small children.

“I guess you can’t sometimes go into too much detail when they’re too young,” she says. “It all depends on what questions she asked as to how I’d answer her.”

Having conversations about death when they’re young can also prepare children for when they do experience the death of someone close to them — even if the conversations are difficult to have.

“Children who have a vocabulary for these concepts and know they will have their questions answered honestly tend to manage much better when someone who is close to them becomes seriously ill or dies,” Breen says. “Death and dying are part of life and conversations about these ideas should be part of family life.”

Have you talked about death or illness with your grandchildren? What was the conversation like?