How bioresonance therapy changed my life 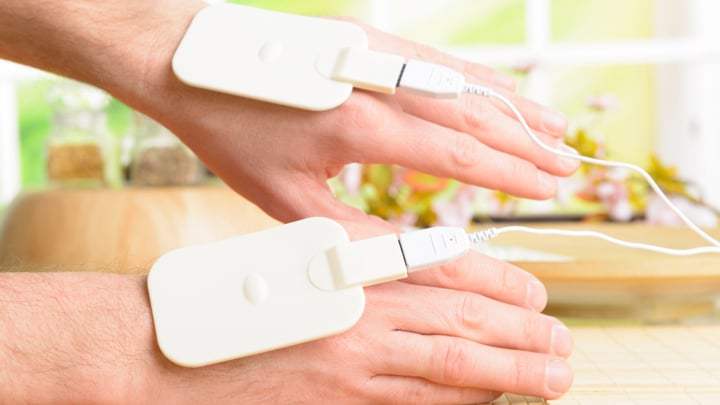 In my early 30s, I suffered from chronic fatigue and major digestive disorders. This wasn’t new for me; I’d had digestive problems and asthma as a child.

I turned to the natural therapies for solutions and tried several different modalities. I could see improvements, but not to the point where I was “fully-functioning” – where I was working regular hours, playing sport or going to the gym, and socialising with friends on the weekend.

Fortunately a friend recommended that I try bioresonance therapy and since my first treatment session in the late 1990s, I haven’t looked back.

After several years of treatment, I followed my heart by leaving my engineering career to train as a Bioresonance Practitioner and to help clients on their journey to wellness in the same way that I’d been helped all those years earlier.

So what is bioresonance therapy?

The short answer I give most of my clients is that bioresonance therapy combines the tried-and-true methods of Traditional Chinese Medicine (TCM) with the brilliance of German engineering to reduce the toxic load and restore balance in the human body.

Bioresonance therapy was invented in 1977 by two German men and is based on scientifically-based theories that electromagnetic wave patterns (frequency patterns) can be used to reduce toxic load and assist the human body in achieving a state of wellness. In my experience, it is particularly effective with food allergies (and intolerances), chronic fatigue, digestive disorders and heavy metal/chemical toxicity and an ever-increasing range of illnesses and diseases.

There are a number of bioresonance therapy devices available – the one used at Living Balance Centre is the trusty BICOM 2000 – the same model used in children’s hospitals throughout China.

Bioresonance therapy is more common throughout Europe than it is in Australia – perhaps because that’s where the therapy originated. There are however, an increasing number of practitioners located in various cities and towns throughout Australia.

From my Living Balance Centre clinic (newly re-located to Rubyvale in central Queensland), I have been able to provide effective treatments to hundreds of both in-house and remote clients in Australia, the United States and Canada with my bioresonance therapy, intuitive awareness and emotional balancing sessions.

The best way to explain a bioresonance therapy session is to share a real-life example.

At the age of 83, Cliff has been one of my most mature clients to date. He was a retired farmer who believed he was well for his age but had some shortness of breath and wanted to gain weight. Like most of my male clients, Cliff had been “coerced” into having a series of treatments with me by his wife. So when he appeared for his first treatment session, he wasn’t that enthusiastic but politely answered my questions.

In his early days, Cliff had used more than 8 different forms of pesticides. As he got older, he found he was reactive to prawns and crabs and was tight in the chest when he was around featherdown quilts. And more recently, he’d had a hip replacement and had gone through the heartbreak of losing a daughter to cancer.

During Cliff’s treatments, we were able to identify that some of the toxic load on his system was from several pesticides (farm-related), heavy metals (farm-related, from mercury fillings and his hip replacement) and feathers. So we treated him for each of these and supported his body with other treatments to strengthen his body and metabolism, and to help facilitate the detoxification of the pesticides and heavy metals from his body.

By the end of Cliff’s 4th treatment, he was a happy man. He had initially been sceptical about the treatment, but could feel his energy improving after each treatment session. He felt fitter than he had in many years, could breathe more easily and had gained weight so had to move his belt buckle along 3 more holes!

Each person has a set of toxins in their system that they’ve been exposed to in their lifetime. Some of us are more susceptible to viruses, others have a weak belly and are prone to digestive problems. You might have an inherited lung weakness; that means you pick up every cold and ‘flu that’s going around – or have a blocked nose and sinus problems in the spring.

Bioresonance therapy helps to identify your unique set of toxins that immobilises you. And through scientific principles, it helps to reduce the toxic load on your body so you have more energy to enjoy life and do the things you want to do.

Have you ever tried alternative therapies? What results did you have? What was the most effective and would you try bioresonance therapy?