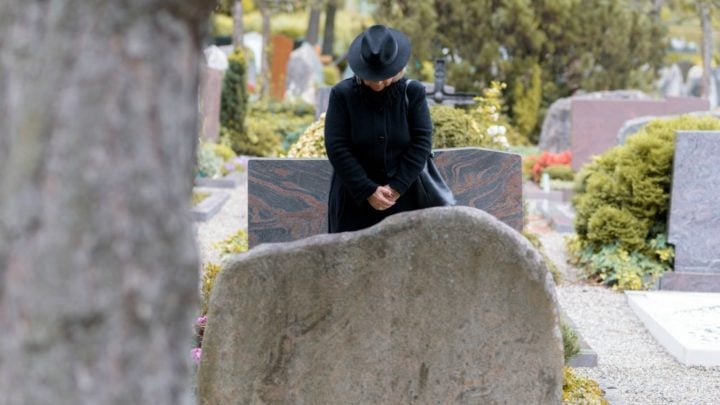 Losing a friend isn’t offered the same level of seriousness as the death of a partner, parent or child by employers, doctors or others within the community, new research shows. Source: Getty

Dealing with the loss of a close friend is something everyone will face at some point in their lives, but researchers have now found it can take years longer than originally thought to deal with the grief.

A new study shows that the trauma caused by the death of a close friend actually lasts four times longer than previously believed. Researchers from The Australian National University say there’s a lack of recognition about the time it takes to mourn a close friend – with family members’ deaths taken more seriously – and this is leading to inadequate support being made available.

While previous studies claimed the grieving process lasted for around 12 months, the results of the ‘Death of a close friend: Short and long-term impacts on physical, psychological and social well-being’ study in the PLOS One Journal show that the grieving period can last four times longer.

Researchers analysed data from a 14-year survey of 26,515 people. Of those, 9,586 had experienced the death of at least one close friend.

The study shows for the first time that a range of negative consequences are experienced by mourners up to four years after bereavement – including an impact on physical and psychological well-being, mental health and social functioning.

The study also found women are more likely to experience greater deterioration in mental health and impaired emotional and social functioning than men – with researchers noting that the amount they socialise with others can play a role in how long they grieve.

Read more: How soon is too soon? Over-60s discuss moving on from a spouse’s death

“These findings raise serious concerns with the way we manage the recovery for people dealing with the loss of a close friend,” Lead author Dr Wai-Man Lui says.

Researchers say people who lose a partner, parent or child suffer for a significant period of time, but losing a friend isn’t offered the same level of seriousness by employers, doctors or others within the community.

“The death of a friend is a form of disenfranchised grief – one not taken so seriously or afforded such significance,” Lui says. “This is leaving people without the support and services they need during a very traumatic period of their lives.”

The study also shows that while people adjust and adapt to their loss, the level of adaption and emotional, behavioural, psychological and physical responses are influenced by age, ethnicity, personality traits, the support they receive and the relationship they have with the friend that passed away. Researchers are calling for medical practitioners and policy makers to rethink the way they assist people dealing with the loss of a friend.

“We need to recognise the death of a close friend takes a serious toll, and to offer health and psychological services to assist these people over an adequate period of time,” Lui says.

How long did you grieve when you lost a close friend? Do you think there’s enough support out there?