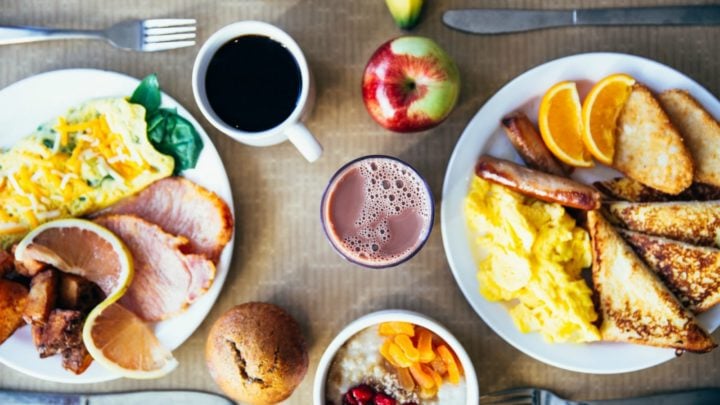 It can be easy to skip breakfast of a morning but a new study shows this could actually increase the risk of developing heart disease. Source: Pexels

They say breakfast is the most important meal of the day and if the results of a new study are anything to go by, skipping it could actually be the difference between life and death.

New research published in the Journal of the American College of Cardiology shows that going without breakfast is significantly associated with an increased risk of death from heart disease.

Read more: What you need to know about heart health in your 60s

Skipping breakfast was found to cause issues such as a change in appetite, increased blood pressure and harmful changes in levels, often associated with high cholesterol.

Researchers also explained that skipping breakfast is a behavioural marker for unhealthy lifestyle habits. It follows another study released earlier this month which shows people who skip breakfast or eat dinner close to bedtime have worse outcomes after a heart attack. That research, published in the European Journal of Preventive Cardiology, found people with these two eating habits have a four to five times higher likelihood of death, another heart attack or chest pain within 30 days of being discharged from hospital for heart attack.

A good breakfast should include dairy products such as fat-free or low-fat milk, yoghurt or cheese, a carbohydrate such as whole wheat breads, bagels or cereals and fruits. Breakfast should have up to 35 per cent of a person’s total daily calorie intake.

“Our research shows that the two eating behaviours are independently linked with poorer outcomes after a heart attack, but having a cluster of bad habits will only make things worse,” study author Marcos Minicucci said in a statement. “People who work late may be particularly susceptible to having a late supper and then not being hungry in the morning.”

It’s always important to talk to a GP or health professional about how diet and lifestyle factors can impact heart and overall health.

Do you eat breakfast every day? What do you like to eat for breakfast?