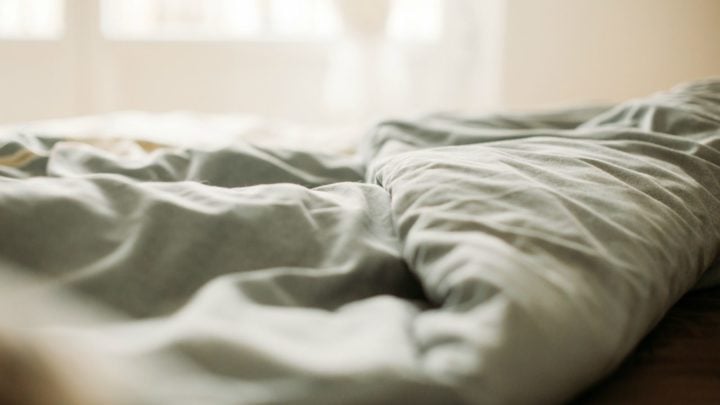 Sleep is more important than you think. Source: Getty

Most Baby Boomers are aware that sleep is important for health, but a new study has found that sleeping less than seven hours a night could put people at risk of experiencing cardiovascular disease-related events, such as stroke or a heart attack.

The study, published in the journal Experimental Physiology, is the first to explore the impact of insufficient sleep to changes in the blood levels of microRNA (miRNA), small molecules that play a kew role in vascular health.

“They are like cellular brakes, so if beneficial microRNAs are lacking that can have a big impact on the health of the cell,”  senior author Christopher DeSouz, said.

For the study, researchers took blood samples from 24 healthy men and women, aged 44 to 62. The team found that participants who slept for less than seven hours a night had 40 to 60 percent lower circulating levels of three key miRNAs (miR-125A, miR-126, and miR-146a) than those who slept enough.

“Why seven or eight hours seems to be the magic number is unclear,” he said. “However, it is plausible that people need at least 7 hours of sleep per night to maintain levels of important physiological regulators, such as microRNAs.

“Don’t underestimate the importance of a good night’s sleep.”

DeSouz added research is now underway in to determine whether restoring healthy sleep habits can restore healthy levels of microRNAs.

Read more: A lack of sleep could contribute to Alzheimer’s: study

Meanwhile, it comes after a previous study from the US has led researchers to draw a link between sleep deprivation and the development of Alzheimer’s disease.

The research, published in the PNAS Journal, claimed that people who suffer from insomnia or struggle to get a good night’s sleep could unintentionally be increasing their risk of Alzheimer’s disease. The study said that sleep deprivation can increase levels of beta-amyloid in the human brain, something that is commonly associated as a risk factor of Alzheimer’s disease.

It found that just one night of little or no sleep dramatically increases the levels of this dangerous protein, leading researchers to conclude that a lack of proper rest or sleep makes it harder for the body to flush the body of dangerous toxins.

What are your thoughts on this study? How long do you sleep each night?