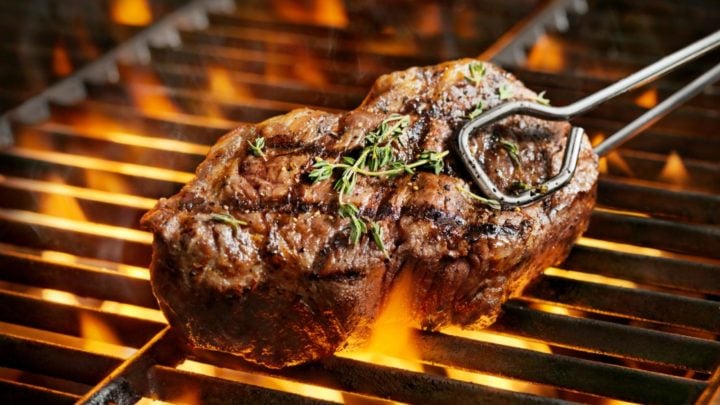 New research has confirmed a diet high in fibre and limited meat will result in better heart health and reduced risk of death.

The study, which was presented at scientific congress of the European Society of Cardiology this week, found heart failure patients who consumer more dietary fibre tend to have healthier gut bacteria.

Researchers at the Oslo University Hospital in Norway also linked meat intake to higher levels of trimethylamine-N-oxide (TMAO) in patients with heart failure. This is highlighted as particularly concerning as TMAO levels are associated with a greater risk of cardiovascular events, and gut microbes play a role in its formation.

“Our gut microbiota is composed of trillions of microorganisms that have the potential to affect our health,” study author Dr Cristiane Mayerhofer explained at the congress.

“Previous research has reported reduced biodiversity of microbes in the gut of patients with heart failure patients. Today we show for the first time that this is related to low fibre intake.”

To come to this conclusion scientists tested gut composition of gut microbes in 84 well-treated patients with chronic heart failure and 266 healthy people.

The gut microbes were assessed by looking at the a particular bacteria gene in stool samples and compared between the two groups.

Researchers discovered heart failure patients had an obviously lower biodiversity of intestinal microbes than healthy people tested. This group were also found to have lower amounts of fibre in their diet.

In order to maintain heart health Mayerhofer recommended those with heart conditions to eat a specific diet.

“Our findings suggest that the altered microbiota composition found in patients with chronic heart failure might be connected to low fibre intake,” Mayerhofer said.

“If these findings are confirmed in future studies, my advice will be to choose foods high in fibre such as cereals, fruits and vegetables to stimulate a healthy gut flora.”

She added: “It would be prudent patients with heart failure to limit their meat intake to two to three times a week.”

The announcement of the latest scientific findings follows news that sleeping less than seven hours a night could put people at risk of experiencing cardiovascular disease-related events, such as stroke or heart attack.

The study, published in the journal Experimental Physiology, is the first to explore the impact of insufficient sleep to changes in the blood levels of microRNA (miRNA),small molecules that play a kew role in vascular health.

“They are like cellular brakes, so if beneficial microRNAs are lacking that can have a big impact on the health of the cell,”  senior author Christopher DeSouz, said.

For the study, researchers took blood samples from 24 healthy men and women, aged 44 to 62. The team found that participants who slept for less than seven hours a night had 40 to 60 percent lower circulating levels of three key miRNAs (miR-125A, miR-126, and miR-146a) than those who slept enough.

Read more: A lack of sleep can lead to higher risk of strokes and heart attacks

“Why seven or eight hours seems to be the magic number is unclear,” he said. “However, it is plausible that people need at least 7 hours of sleep per night to maintain levels of important physiological regulators, such as microRNAs.

“Don’t underestimate the importance of a good night’s sleep.”

Do you suffer with a heart condition? Do you eat a diet high in fibre?