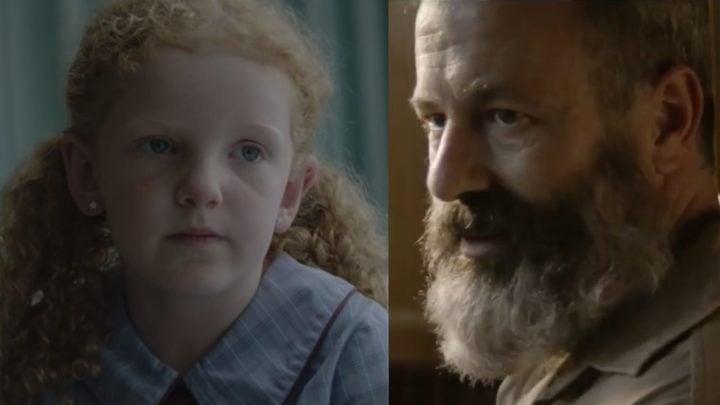 The Heart Foundation release new advets on Monday aimed at getting more people to focus on their heart health. Source: Youtube/HeartFoundation

A new video advertisement from the Heart Foundation has caused outrage and consternation amongst the general public for implying that those who don’t get their hearts checked don’t care about their loved ones.

The advert in question, which aims to raise awareness about heart health and encourage people to have their hearts checked, ran with the tagline ‘heart disease doesn’t just affect you’ and showed mothers, fathers, sons and daughters telling their loved ones they didn’t actually love them at all, and as proof of that had neglected their heart health for years. One of the more controversial scenes in the ad had a mother putting her young son to bed and telling him, “Every time I told you I loved you I was lying – you are not my priority”.

There has been a groundswell of opposition against the underlying sentiment of this commercial, which at the time of publication had amassed almost 600 comments on Facebook. Don’t get me wrong, as a cardiologist I’m all for raising awareness about the planet’s most common killer. I have spent the last 25 years of my career focusing on preventative cardiology so it warms my heart, so to speak, when heart health gets significant airplay.

But, it is my view that this advertisement reaches an all new low and I’m surprised that Heart Foundation approved its release. I believe it is acceptable to make people feel guilty about drink-driving, speeding or using illegal drugs but should we now be parading obese people in the street, shaming them as well and telling them they don’t love their children? Certainly not. We should be showing some compassion to people who have different metabolic issues and no doubt less self-control when it comes to tempering their eating habits.

But, we must look at the reality of heart disease and, in almost all cases, it is purely genetic. Again, your genes load the gun but your environment pulls the trigger. The most common form of heart disease is atherosclerotic heart disease, which is basically the progressive build-up of fats, inflammatory tissue and calcium in the walls of arteries over many decades. If you imagine a doughnut, as an analogy here to arteries, the blood goes through the hole in the middle but the fat and other components build up in the wall. When the fat and other tissue reaches a critical mass it suddenly ruptures within the channel inducing a clot to form and blockages occur, which may lead to a heart attack or stroke depending on the site of the rupture.

All people with cholesterols above 3 mmol per litre and systolic blood pressures (top reading) above 100 mmHg have a degree of atherosclerosis in the walls of their arteries. But, genetic factors contribute to either more significant build-up of atherosclerosis or a person possesses protective factors to prevent severe disease.

Although my main job is as a cardiologist, I’m also a professional speaker travelling the world talking about how to be healthy and manage stress. One of the slides I use in my presentations shows a picture of former British Prime Minister Winston Churchill and Jim Fixx, the man who popularised the sport of running in America during the 1970s. Fixx wrote The Complete Book of Running and ran multiple marathons throughout his life. He didn’t have an ounce of body fat and dropped dead in a race at age 52. Churchill smoked, drank, was obese and suffered intermittent depression throughout his life, dying at age 91. Clearly genetic factors operated in both cases, with Fixx in the negative sense and in Churchhill’s case, keeping him alive despite his very poor life habits.

I also suggest that everyone, regardless of age or cardiovascular risk follows the five keys to good health.

Depending on risk, you may also need to take long-term medications to control your blood pressure, cholesterol, manage diabetic risk and possibly blood-thinning agents.

Clearly, the Heart Foundation advertisement is trying to shame people into having a cardiac assessment and push them to take better care of their health. Hopefully some good will come out of this, despite the rather abhorrent message.

What are your thoughts on the advertisment? Do you think it sends the wrong message? Or do people need to be scared into action?