The health issue being silenced by stigma 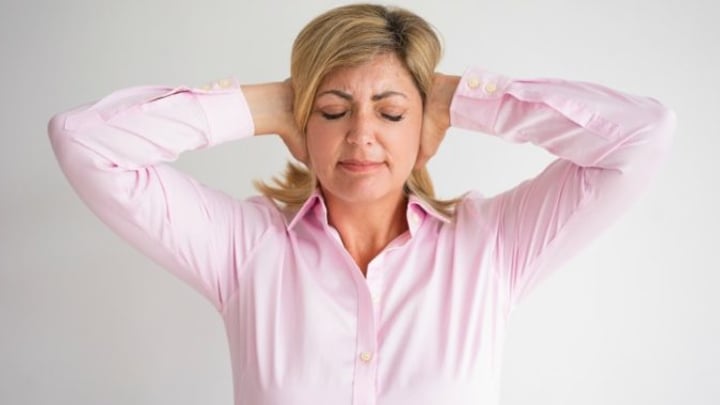 One in six Australians is living with hearing loss. Source: Getty

There are some undeniable truths about getting older: skin wrinkles, minds wander, eyesight weakens and hearing worsens. However, only one of those seem to cause undue embarrassment.

Despite the fact that hearing loss is a natural part of ageing, and a health issue that affects one in six Australians, many older people are in denial about their hearing and avoid getting tested.

There is a stigma attached to hearing loss, but it’s something we need to get over.

Unlike many health issues, hearing loss is usually gradual, with many people discovering their hearing has declined years after the issue began.

Bardia Paki, audiologist and regional area manager for bloom hearing specialists, says many retirees find it easy to ignore the warning signs of hearing loss because of their lifestyle.

“That can often mean their hearing loss slips through the cracks and it’s only when family members come around that they really start to notice.”

Contrary to popular thinking, hearing loss isn’t just a result of ageing. There are three main types of hearing loss.

As we age, hearing cells in the cochlea break down and a lifetime of noise exposure catches up with our auditory system. Other issues, such as tinnitus – a persistent ringing in the ears – can also arise.

Paki says loud environments that require you to raise your voice to be heard can also do further damage to your hearing.

While there can be a level of fear around getting a hearing test, the process itself is incredibly simple and painless.

An audiologist will simply look inside your ears and then use headphones to measure your response to different sounds.

“[If] the person who’s being tested indicates they’ve heard the sounds, we present some speech sounds with someone speaking, then they just repeat the words back to them. In its simplest form, that is a hearing test,” Paki explains.

The audiologist will easily be able to determine if there is a hearing loss present and the strategies to help improve the issue if there is one.

While hearing loss can be an isolating experience, friends and family can also be affected by having to repeat themselves and raise their voices to be heard.

While it may seem like they’re nagging, Paki says it’s best to listen if someone is pointing out a decline in your hearing. “You might think you’re hiding or masking a hearing loss, but there’s a good chance that you’re not,” he warns.

Paki encourages people to bring their families to appointments for support, noting they can often give the audiologist insight into how much the hearing loss is affecting day-to-day life.

Basic hearing tests are also available online and are a simple way to independently track your hearing over time.

One of the biggest misconceptions around hearing aids is that they are big and beige. Today’s hearing aids are so small and discreet you can hardly tell if someone is wearing them.

The rise in technology means hearing aids can now do things they couldn’t in the past.

“Hearing aids can be paired up to anything that streams wirelessly,” Paki said. “You can connect your hearing aid to your iPhone, to your TV and to the GPS in your car. And because the chips are miniaturising as well, the hearing aids are becoming far less noticeable. They’re becoming a lot smaller.”

Once a hearing issue has been corrected, social situations and noisy venues often become less intimidating. The improvement is often so significant that people wonder why they didn’t address it sooner.

“People [need to] understand that a hearing test is as simple as listening to some beeps and having a chat with the clinician,” Paki says. “It’s as laid back as that.

“Take control of your hearing.”

Health professionals recommend over-60s get their hearing tested online or at a clinic once every year.

specialists has over 65 clinics nationwide. Look after your hearing and it will look after you. Book a FREE hearing health check today.