What ear wax colour says about your health 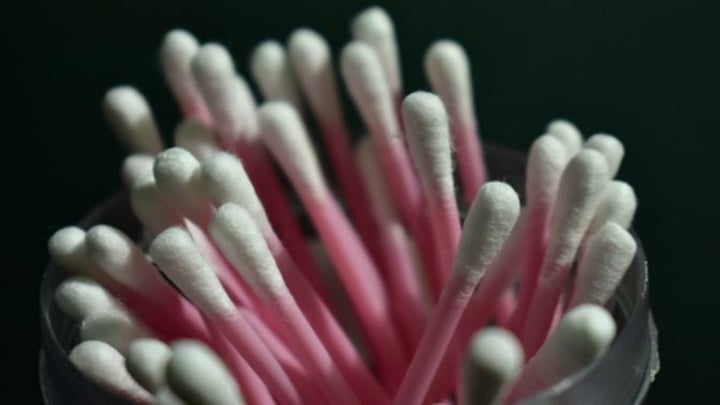 Have you noticed a change in the colour of your ear wax? Source: Pexels

When it comes to good ear health, many people believe cleaning your ears with a cotton bud is a sure-fire way to keep them squeaky clean. However, this isn’t the case.

Despite popular thinking, ear wax isn’t a body waste and doesn’t need to be removed from the body regularly. Instead, wax is something our bodies create to protect the ear.

For one, it lubricates the ear canal. This is important as it stops the ears from feeling itchy, helps prevent foreign objects and substances entering the ear and has the ability to prevent bacteria from settling in the canal.

The colour of ear wax can also tell you a lot about your health. So, if you’ve noticed a change in the colour of your ear wax or are wondering if it’s normal for it to look or feel a certain way, there’s actually a good explanation.

If you’ve been feeling stressed or under the pressure, you may notice your ear wax becoming browner or darker than usual. The apocrine gland produces ear wax and brown wax is simply the glands’ way of reacting to a stressful situation. It’s usually nothing to be concerned about and is simply another way the body copes with a change in situation. It’s similar to shaking when you feel nervous or sweating when in a stressful situation.

Grey ear wax is usually nothing to worry about, as long as you aren’t showing any other symptoms. Bright Side suggests that more often than not, it’s just dust that has made its way into your ear. It’s usually more common in major cities, due to higher levels of pollution. This colour of wax usually proves that the earwax is doing its job correctly by stopping pollutants from reaching the inner ear.

If you do show other symptoms such as itching or dryness in the ear, it’s best to visit a doctor or health professional to make sure everything is ok.

While highly unusually, it’s completely possible to discover black ear wax in your ear. This usually indicates that the wax has been in the ear for quite some time, rather than being a health concern in its own right.

Bride Side suggests that when the oils in ear wax are mixed with oxygen, the wax naturally becomes darker. They do point out that some fungal infections can also cause dark discharge from the ears, so if concerned, seek help from a medical professional.

At the other end of the scale, white ear wax is quite common. Your ears have probably felt a bit sticky in the past and you may have been surprised to discover the wax was clear or white, rather than a bright colour.

Old ear wax can appear very dark and look similar to blood, however, if you do notice bleeding from the ears, it usually indicates a perforated eardrum. Similar to ear wax, the ear drum stops foreign debris and infection from impacting the inner ear, so it can cause an array of problems if left untreated.

In addition to being extremely painful, it also has the potential to affect hearing. Always seek medical assistance as soon as possible if you’re noticing blood.

While uncommon, ear wax can be known to ooze from the ear in the form of a liquid. While it can catch you by surprise, it’s usually another way of your body cleaning itself. However, if it occurs suddenly and you’re also experiencing pain, it can be another sign of infection.

Some people may find themselves in a situation where they find their ear wax smelling a little bit disgusting. Strong odours usually indicate there’s an infection of some sort.

While it would require medical attention, common causes can include ruptured eardrums, a build-up wax, or even trapped water.

When it comes to smelly ear wax, it’s best to seek medical help, rather than trying to remove the wax yourself. Using a cotton bud may actually push wax deeper in the ear and cause further irritation.

Rather than using a cotton bud to scoop the wax out, there is an array of softening drops that can remove wax in a less invasive way. It’s never recommended to stick objects inside the ear, no matter how itchy or dirty it feels.

What do you think? How do you clean your ears? Have you ever noticed strange colours before?