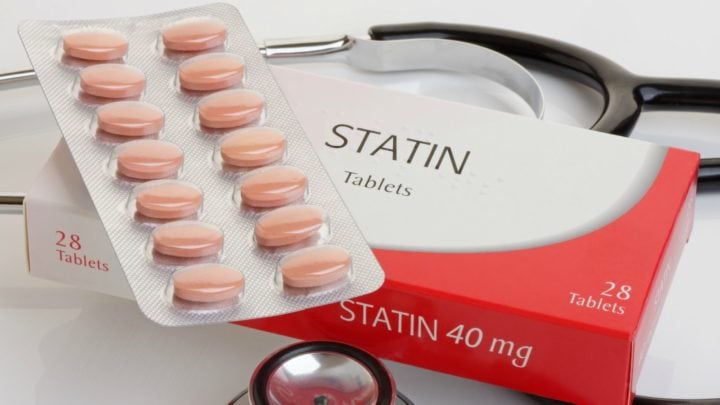 While the cholesterol-lowering medication may better protect people against heart attacks and strokes, it could increase the risk of developing diabetes. Source: Getty

Many people living with high cholesterol are prescribed statins as a way of reducing levels of bad cholesterol and cutting the risk of major cardiovascular health issues. While the cholesterol-lowering medication may better protect people against heart attacks and strokes, new research claims it may also increase the risk of developing type 2 diabetes.

Type 2 diabetes is also linked to an array of serious health issues including damage to the eyes, kidneys, nerves and other body parts.

Researchers from Ohio State University analysed 4,683 patients’ health records and discovered that stain users had more than double the risk of a type 2 diabetes diagnosis compared to people who didn’t take the medication. The study, published in the Diabetes Metabolism Research and Reviews Journal, claimed that people who used statin medication for more than two years had more than three times the risk of developing type 2 diabetes.

“The fact that increased duration of statin use was associated with an increased risk of diabetes – something we call a dose-dependent relationship – makes us think that this is likely a causal relationship,” the study’s lead author Victoria Zigmont said in a statement. “That said, statins are very effective in preventing heart attacks and strokes.

“I would never recommend that people stop taking the statin they’ve been prescribed based on this study, but it should open up further discussions about diabetes prevention and patient and provider awareness of the issue.”

Read more: The food to avoid when taking statins

The study also found that people using statins were 6.5 per cent more likely to have a “troubling high” HbA1c value – a routine blood test for diabetes that estimates average blood sugar over several months. Those without diabetes usually record levels between 4 per cent and 5.6 per cent, levels between 5.7 per cent and 6.4 per cent indicate a high risk of developing diabetes and anything higher indicates a person is living with diabetes.

The male and female participants of the study didn’t have diabetes and had not taken statins at the start of the study. However, they were candidates for the medication based on their heart disease risk. Eventually, 755 patients were prescribed the medication during the study period.

Researchers are now calling for those taking statins to be followed more closely to detect any changes in glucose metabolism and to receive special guidance on diet and exercise for prevention. The study also said more research needs to focus on the interaction between lipid and carbohydrate metabolism.

“In addition, researchers conducting large prospective cohort studies should be considering how statins impact human health overall,” study co-author Steven Clinton said. “They should consider both risks and benefits, not just the disease that is being treated by the specific drug.”

It’s important to note that this research is a retrospective study, meaning the researchers looked back at existing records from a group of patients to determine if there were any possible connections between statin prescriptions and diabetes. Researchers also believe more studies need to be conducted to determine which statins and which doses might lead to the greatest risk.

Read more: Expert answers: The truth about muscle pain and statin use

Always talk to a health professional about the benefit of statins for individual circumstances and never stop taking them without consulting a doctor first.

Do you take statins? Do you think using them could increase the risk of diabetes?