Could your loved one have Alzheimer’s? The warning signs to watch out for 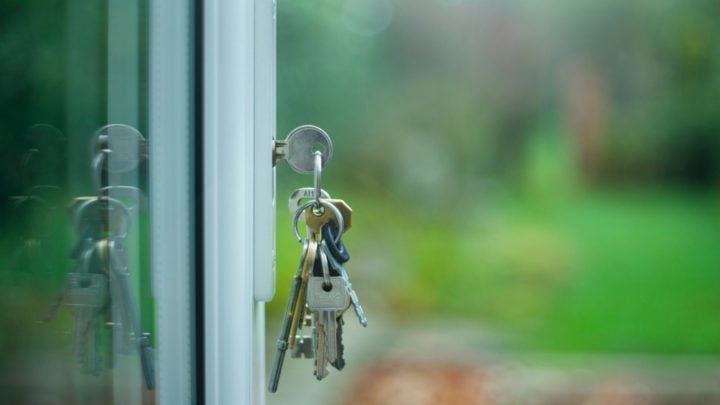 It's important to catch the warning signs of memory loss in loved ones sooner rather than later. Source: Getty

While it’s common for everyone to forget things here and there, there’s a huge difference between these occasional memory lapses and early Alzheimer’s disease.

We all sometimes walk into a room and forget why we’re there, or have a word on the tip of our tongue but struggle to get it out – that’s normal. Even more serious and longer-term issues with concentration or recall aren’t uncommon.

“That sort of memory problem is an inefficiency often associated with a retrieval pattern of memory problems,” Associate Professor David Darby, a behavioural neurologist at Melbourne Cognitive Services, explains. “It has lots of causes, but generally not Alzheimer’s.”

Those causes can include specific medications, a lack of sleep, psychological or medical conditions.

The memory of those with Alzheimer’s, however, is more fundamentally affected. Unlike people with normal lapses in memory, those with Alzheimer’s simply can’t retain information, even when prompted. Their memory issues can’t be reversed by a change of medication, more sleep or other treatment.

Instead, their memory progressively worsens and the condition starts to affect other cognitive functions, such as language and reasoning.

The cause of Alzheimer’s isn’t fully understood, although factors including family history, age and experience of cardiovascular disease are known to increase the risk of it developing.

Although there is currently no cure for Alzheimer’s, there are some treatments known to slow its progress but to be most effective, these treatments must be implemented in the early stages of the disease.

In most cases, it’s not the person who may be showing symptoms of Alzheimer’s that notices the changes in their memory, but their loved ones. “Very early on they might notice it, but most of the time they don’t,” Associate Professor Darby says. “We’d say less than 20 per cent of people are aware they’ve got a significant memory problem.”So, how to differentiate between normal memory lapses and what could be early signs of Alzheimer’s disease in your loved ones?

For example, “if they misplace things and hunt for them frequently, if they repeat questions or repeat stories and aren’t aware they are doing this, or if they forget the details of conversations”, these can be early Alzheimer’s symptoms, he adds.

Difficulty with decision-making is another key early Alzheimer’s symptom to be aware of.“Sometimes people will have difficulty making decisions, where before they would have been fine,” Associate Professor Darby says. “Sometimes they have trouble with technological things, whereas before they wouldn’t have had as much trouble.”

Problem-solving ability can also be affected, while judgement and reasoning also becomes impaired as the condition worsens. This means people with early symptoms of Alzheimer’s can become, for example, more susceptible to the approaches of telemarketers or make riskier financial decisions than previously.

As the disease progresses, people close to the person with Alzheimer’s may notice difficulties with language, in that the person hesitates more during conversations, pauses more frequently or can’t complete sentences or find the right words. For this reason, conversations can become more repetitive or disjointed, and the person can appear to find it harder than usual to start or join in discussions.

Forgetting places and finding it harder to navigate

For some, forgetting places they know very well is another common symptom of Alzheimer’s. In the earlier stages, however, this disorientation doesn’t usually happen in familiar settings like home, but in holiday destinations or other locations the person doesn’t visit regularly.

“Often the earliest symptoms are just subtle problems with navigation in someone who was previously very good at finding the way around,” Associate Professor Darby says.

“We often hear the story that five or 10 years before the person had clear memory problems, they became a bit confused on a trip overseas. Uncharacteristically for them, they actually got lost and couldn’t find their way back to the hotel. There might be some very subtle symptoms like that, which resolved when they got back home again.”

Change in mood, personality or development of depression

Depression can be a factor that contributes to the development of Alzheimer’s, but it can also be another symptom to look out for, particularly if it’s something a loved one hasn’t experienced before.

“They can also have some more personality changes and become more irritable, particularly when confronted with their memory problem,” Associate Professor Darby says. “They can get frustrated if someone says ‘I’ve already told you that’ because they really don’t remember being told.”

A common early symptom of Alzheimer’s is to have more difficulty locating commonly used items, putting them back in unusual places, or struggling to retrace the steps to find the lost item.

If you notice a family member or partner showing these signs, it’s important to assist them to see their doctor as soon as possible. That’s in part because early diagnosis of the condition enables health specialists to put in place treatments that won’t stop the disease from progressing but will potentially slow its progression.

Lifestyle and dietary changes can also decrease the rate of cognitive decline. What’s called the Mediterranean diet, for example, that is rich in fruits, vegetables, olive oil, beans, wheat and rice, but limited in red meats and poultry has been found to slow the worsening of symptoms.

According to Dementia Australia’s website, foods rich in omega-3 fatty acids, B vitamins and antioxidants are also known to contribute to better brain health. This means including salmon, cod or tuna twice a week can be beneficial to memory, while consuming a serve of leafy green vegetables each day can also promote brain health.

Medical nutrition drink Souvenaid®, is one of the only products on the market that’s proven to help delay cognitive decline by including all the nutrients required for a brain-boosting diet.

“The bottle contains a concentrate of really, effectively, a Mediterranean diet. It has fish oil and things like choline and various vitamins and  UMP (uridine monophosphate),” Associate Professor Darby explains. “All of these things are important if you’re going to make new membranes in the brain.”

A 125-millilitre bottle of Souvenaid® each day includes the same nutrients as eating eight tins of tuna, 1 kilogram of tomatoes, 100 grams of minced beef, four eggs, 1.2kg of broccoli, 710g of spinach, one orange and a handful of Brazil nuts.

Aside from treatment, there are many other good reasons for seeking an early diagnosis of Alzheimer’s disease, not least because it’s easiest to make an accurate diagnosis while the person is still able to respond clearly to questions and express their concerns.

It also allows them more time to plan – legally, financially and emotionally – for when their condition declines, and to most actively participate in treatment trials and make use of the support systems available.

Do you feel you would be able to recognise the early symptoms of Alzheimer’s disease? Have you identified them in a loved one? How did you respond?

Souvenaid® is a Food for Special Medical Purposes for the dietary management of the early stages of Alzheimer’s disease. Souvenaid® must be used under medical supervision.  You must seek advice from your doctor, nurse or pharmacist if you are unsure of your condition or diagnosis or if you would like to use Souvenaid®.