Eating for your mind: Sorting fact from fiction with healthy brain foods 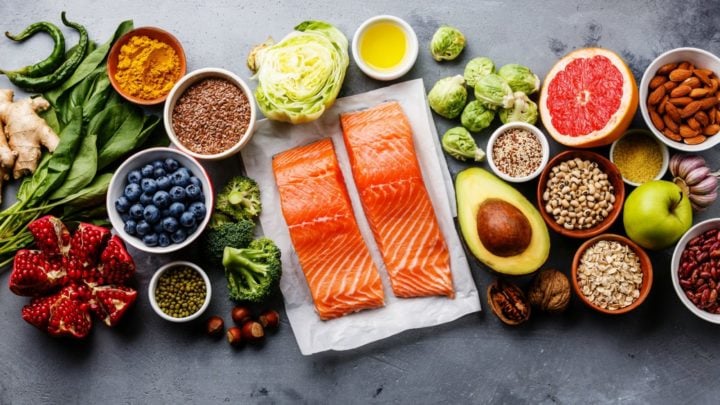 In the age of the internet, there seems to be a new diet or wonder food that promises to improve brain health and delay cognitive function every day. While some of these foods and nutrients are better for brain health, much of the advice is dubious and sorting fact from fiction can be tricky.

Research has linked numerous foods and nutrients with delaying cognitive decline and even preserving brain function in people diagnosed with mild cognitive impairment and Alzheimer’s disease, but only some studies have the credibility to back up their claims.

When it comes to foods that have proven time and again to be associated with improved cognition, those found in the Mediterranean diet – high in fruits, vegetables, legumes, fish and cereals but low in dairy, meat, sugar and saturated fat – are the most effective.

“In terms of preserving our brain health and reducing our risk of decline, the Mediterranean diet has been one of the best studied,” Dr Michael Woodward, Director of Aged Care Research and Memory Clinic at Austin Health, says. “I go where the evidence is and the evidence is that for a normal brain, eat a well-balanced Mediterranean-type diet.”

A study published in the Frontiers in Nutrition Journal found the Mediterranean diet was associated with slower rates of cognitive decline, reduced conversion to Alzheimer’s and improvements in cognitive function. Attention, language and memory improved in both older and younger adults who consumed the diet.

Meanwhile, Harvard Medical School says antioxidants, omega-3 fatty acids and B-vitamins, all of which are found in the Mediterranean diet, are linked to better brain power and eating them regularly can improve overall brain health.

Fish such as salmon, cod and tuna are high in omega-3 acids – sources of unsaturated fats that can reduce blood levels of proteins that form lumps in the brain, which are thought by some researchers to cause Alzheimer’s disease. Walnuts may also be a source of omega-3 fatty acids, with researchers from the University of South Australia linking high nut consumption of more than 10 grams a day with up to a 60 per cent improvement in cognitive function.

The antioxidant effect of the components of these foods are beneficial to preserving brain cells and eating a variety of them appears to have better outcomes. People with Alzheimer’s can sometimes lack the right levels of omega-3 fatty acids, uridine monophosphate, choline and B-vitamins, which are essential in maintaining nerve cell junctions called synapses that help deliver electrical and chemical messages to different parts of the brain.

“It does seem to be combinations of foods, rather than individual, single nutrients that has the best effect on brain health,” Woodward says. “If you’ve got mild cognitive impairment, you really need to provide foods that crank up one of the metabolic pathways in the brain that makes new synapses, new brain connections.”

While foods such as coconut milk, ginkgo biloba, rosemary, celery and bone broth have been linked to improved cognitive function, there’s not enough scientific research to prove the benefits. Tests on these types of foods have often been conducted on animals or drawn from small sample studies.

Additionally, foods high in sugar or saturated fats can impact blood vessels on the brain, which can impact cognitive function.

“Basically, anything that clogs up the blood vessels and reduces blood flow is not good,” Woodward says.

As beneficial as a Mediterranean-style diet is for brain health, it’s near impossible to consume the quantities needed each day to create new synapses in patients with Alzheimer’s. To combat this problem, those living with early-stage Alzheimer’s can drink a 125-millilitre bottle of Souvenaid® daily.

“Souvenaid® was formulated scientifically to specifically provide the precursors [building blocks] that are needed for the metabolic pathways that make the nerve cells, membranes and cell connections [synapses] in the brain” Woodward explains. “The ingredients in Souvenaid® are like the key nutrients in the Mediterranean diet.”

“Rather than eat kilograms of food a day, just take the essential ingredients out of the Mediterranean diet and put them into the drink and that’s Souvenaid®. But you still need a good diet.”

Do you eat many of the foods in the Mediterranean diet?

Souvenaid® is a food for special medical purposes for the dietary management of early Alzheimer’s disease and must be used under medical supervision. Content created in consultation with dementia expert Associate Professor Michael Woodward.

Souvenaid® nutritionally supports memory loss in the early stages of Alzheimer's disease (must be used under medical supervision).
If you are concerned about your cognitive health, please see your Healthcare Professional.