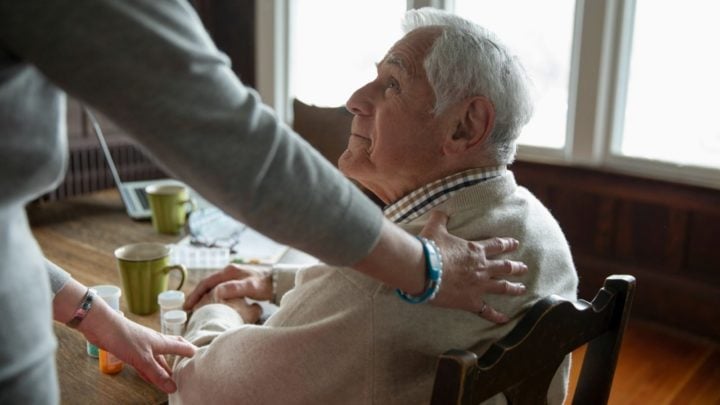 Avoiding an early diagnosis can cause further problems in the future. Source: Getty

A new study has raised fears that the stigma around dementia and Alzheimer’s disease is so strong, some people may be avoiding potentially critical treatment as a result.

Researchers at the University of Pennsylvania asked 317 adults without dementia to react to a fictional description of someone living with the mild stage of Alzheimer’s disease. Their responses showed just how much fear and misinformation there is around the condition.

“We need to reduce the stigma to encourage persons with mild or even no symptoms of Alzheimer’s disease to enrol in prevention trials to find effective treatments,” Maria C. Carrillo, chief science officer at the Alzheimer’s Association in the US, said. “These survey findings could also have implications on the national goal of developing an effective therapy by 2025.”

In Australia, the Alzheimer’s Association  and Dementia Australia also emphasise the importance of early diagnosis. Susan McCarthy, the executive director of client services at Dementia Australia, told Starts at 60, that many people were unaware that it was possibly to live independently for many years after a dementia diagnosis.

Waiting until the condition had advanced to make important decisions around finances and care, meanwhile, caused many families difficulty, she added.

Sadly, dementia is an issue that affects hundreds of thousands of Australians. In the next five years, 500,000 people will receive a dementia diagnosis. As it is, more than 413,000 Aussies are currently living with dementia.