Prostate cancer breakthrough: Daily pill could save thousands of lives 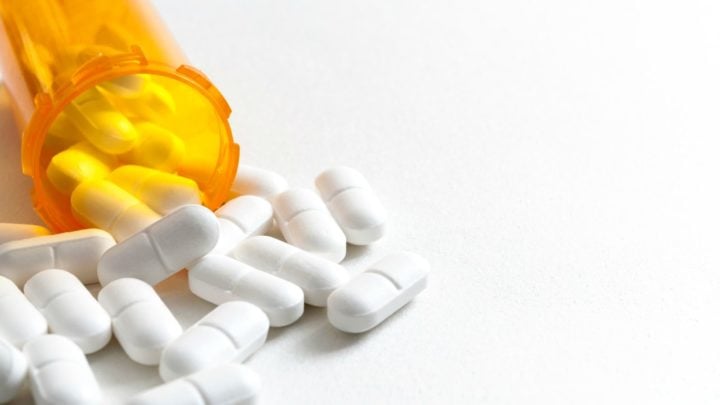 A new study found enzalutamide, a drug that works by blocking the effect of testosterone on prostate cancer cells, could improve the survival of some men with the disease. Source: Getty

The international study, led by the Australian and New Zealand Urogenital and Prostate (ANZUP) Cancer Trials Group, found enzalutamide, a drug that works by blocking the effect of testosterone on prostate cancer cells, could improve the survival of some men with the disease.

The study, presented at the American Society of Clinical Oncology annual meeting in Chicago, involved 1,125 men with advanced prostate cancer. They were all given an injection of testosterone-suppressing medicine, and either a daily enzalutamide pill or one of three standard treatments.

Overall, the risk of death decreased by around a third (33 per cent) among men receiving enzalutamide, the researchers said. The details were published in the New England Journal of Medicine.

“Adding enzalutamide to testosterone suppression in men with mHSPC can give much better cancer control and much longer survival,” Christopher Sweeney, one of the lead researchers, said.

Meanwhile, it comes after a new report revealed thousands of men with prostate cancer are choosing to have their disease monitored rather than have radical treatments such as surgery or radiotherapy.

The approach is called active surveillance — which is a way of monitoring prostate cancer that isn’t causing any symptoms or problems. Active surveillance is often recommended if the cancer detected is small, low-risk and unlikely to cause problems.

The findings, published in the 2018 annual report of the Movember Prostate Cancer Outcomes Registry – Australia and New Zealand (PCOR-ANZ), found that more than two thirds (69 per cent) of men diagnosed with low-risk prostate cancer during 2015 to 2016 went on active surveillance.

What do you think? Have you ever been diagnosed with prostate cancer?