Fingernails could save your life: The simple test that could help detect lung cancer 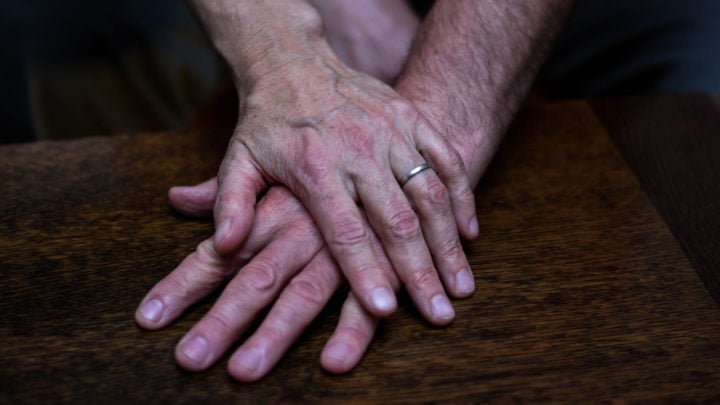 A simple finger nail test could help determine if you are suffering from lung cancer. Source: Getty

Your fingernails help you pry open stubborn boxes and protect the soft tissue of your fingertips from injury, but did you know they can also help detect cancer?

That’s right, new research suggests that fingernails could be useful in detecting lung cancer, by performing a simple test that doesn’t require a trip to the doctors.

The ‘diamond gap’ finger test involves placing your nails together to see if there’s a diamond shape between the cuticles. If there isn’t, this is a sign of finger clubbing and potentially lung cancer.

Finger clubbing is when the ends of your fingers swell up and change the shape of your fingers and fingernails. This is caused by an increase in the blood flow to that area.

Finger clubbing develops in stages, with the nail bed initially becoming soft and the skin becoming shiny. Next you might notice the nails curving downwards more than usual, and finally the ends of the fingers become swollen.

In Australia, lung cancer is the leading cause of cancer-related death and the fifth most common cause of death. According to Cancer Council, there were 11,788 new cases of lung cancer diagnoses in 2015 alone. The following year, 8,410 people died from lung cancer.

Thankfully, researchers are often finding new ways to treat and detect lung cancer. Earlier this year, researchers from the American Osteopathic Association revealed that beagles are capable of identifying lung cancer by scent.

The study, published in the Journal of the American Osteopathic Association, saw researchers identify specific lung cancer biomarkers to help train three dogs, which could soon be used to develop simple and affordable over-the-counter screening products.

The beagles were chosen for their superior smell receptor genes and after eight weeks of training, were able to distinguish between malignant lung cancer samples and healthy controls with 97 per cent accuracy.

“We’re using the dogs to sort through the layers of scent until we identify the tell-tale biomarkers,” lead author Thomas Quinn said in a statement. “There is still a great deal of work ahead, but we’re making good progress.”

For the study, the dogs were led into a room with blood serum samples at nose level. Some samples came from patients with non-small cell lung cancer (which makes up 80 per cent of all lung cancer cases) and others were from healthy participants.

The dogs thoroughly sniffed a sample and sat down if they detected cancer, or moved on if they didn’t. In the next part of the study, which is nearing completion of its second trial, the dogs are working to identify lung, breast and colorectal cancer by smelling samples of a patient’s breath.

Researchers believe the dogs are effective in detecting cancer using this method and are working on dividing samples into chemical and physical properties until specific biomarkers for each cancer are identified. The aim for researchers is to use the information to develop products similar to pregnancy tests, which Quinn envisions as a colour-changing device that people can breathe into to indicate a positive or negative cancer reading.

Were you aware of the diamond gap finger test? Do you know anyone who has been diagnosed with lung cancer?