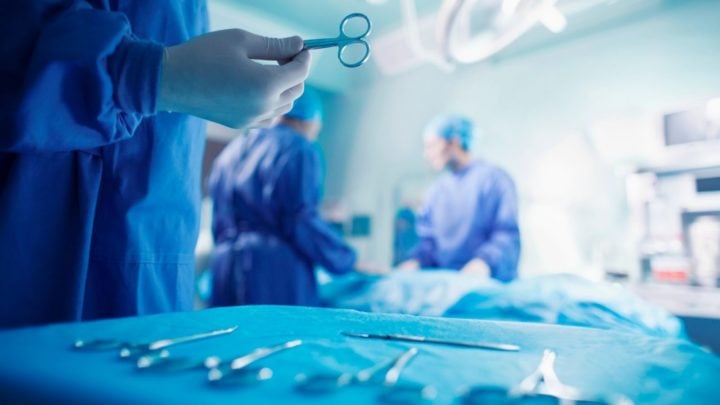 The patient was undergoing colorectal surgery at a hospital in NSW when the mistake occurred. Source: Getty

An investigation is underway after a cancer patient allegedly had the wrong part of their bowel removed at an Australian hospital in a major surgery mixup.

According to the Sydney Morning Herald, the unnamed male was undergoing colorectal surgery at Northern Beaches Hospital (NBH) in New South Wales when surgeons took out the incorrect part of the organ.

The patient has since returned to hospital for corrective surgery, however the health effects of the first operation are unknown at this stage.

According to the news outlet, the error was due to a mistake made by a privately contracted laboratory which had allegedly mishandled the patient’s pathology results.

The lab told the news outlet it doesn’t comment on individual cases, with questions instead referred to the NBH. Meanwhile, a spokesperson for the hospital’s private operator Healthscope reportedly said the patient has received ongoing care since the incident – with the error reported to the Ministry of Health.

“The incident was immediately notified to NSW Health and the cause of the error is under investigation,” the spokesperson said, according to The Sydney Morning Herald.

The shocking mishap follows news earlier this month that Labor had secured a parliamentary inquiry into the hospital, with fears operations and outcomes were not being examined by the Auditor-General after the facility gained a private-public status.

While NSW Health Minister Brad Hazzard is unable to comment on the botched surgery while investigations are ongoing, Opposition Health spokesperson Walt Secord has slammed the hospital for the mishap, claiming an inquiry into the facility is necessary.

Speaking to the ABC about the incident, the politician urged the health minister to make all results of the investigation public.

“This vindicates the opposition pushing for an inquiry into the Northern Beaches Hospital… the inquiry will begin taking evidence next month but again the health minister has a responsibility to make the results of the report into this incident public,” he told the national broadcaster.

“But again, another day, another incident at the Northern Beaches Hospital.”

According to the ABC, the inquiry into the hospital is set to begin in August with former staff expected to give evidence of the workings of the facility.