Signs and symptoms of bowel cancer: What you need to know 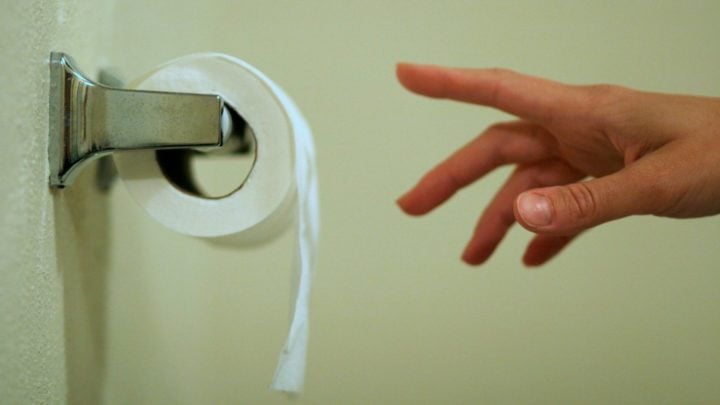 A persistent change in your bowel movements is one sign of bowel cancer. Source: Getty

The earlier bowel cancer can be found, the more likely it can be successfully treated and, while it’s not known exactly what causes bowel cancer, there are some signs and symptoms to look out for. But remember, not all bowel cancers show signs and symptoms and having some of these symptoms does not necessarily mean you have the disease, so it’s important to get a check-up from your GP first.

What are the signs and symptoms of bowel cancer?

Colorectal cancer typically affects older adults, with the majority of people diagnosed aged 50 years and older, though it can happen at any age.

According to Cancer Council Australia, sings and symptoms of bowel cancer include abdominal pain or bloating, a persistent change in your bowel movements, such as constipation or diarrhoea, bleeding from the back passage or any sign of blood after a bowel motion and a feeling that your bowel doesn’t empty completely. Other signs and symptoms include unexplained weight loss or loss of appetite, fatigue and symptoms of anaemia (a lack of healthy red blood cells), including unexplained tiredness, weakness or breathlessness.

However, it’s important to note many people with colorectal cancer experience no symptoms in the early stages of the disease – that’s why it’s vital to be checked out. Over-50s are encouraged to complete a faecal occult blood test every two years. These free, non-invasive tests are sent in the post to those who are eligible as part of the National Bowel Cancer Screening Program.

Remember some of these symptoms are also very common, so it’s best not to assume that you have bowel cancer just because some of the above signs are present until you have had a proper test.

Who is at risk of getting bowel cancer?

Many risk factors may increase your chance of developing the disease, and age is one of them. According to Cancer Australia, in 2019, it is estimated that the risk of an individual being diagnosed with the disease by their 85th birthday will be 1 in 14.

You are also at greater risk if you have a previous history of polyps (abnormal tissue growths) in the bowel, a previous history of bowel cancer, a strong family history of bowel disease, inflammatory intestinal conditions, such as ulcerative colitis and Crohn’s disease and increased insulin levels or type 2 diabetes. According to Bowel Cancer Australia, for around 30 per cent of all bowel cancer cases there is family history contribution.

The exact cause of bowel cancer is not known, but some factors that increase your chance of developing the disease include, having a diet high in red meat (particularly processed meats such as bacon, ham and salami) and being overweight or obese. A high alcohol intake and smoking may also increase your chances of getting bowel cancer.

What are your thoughts on this? Do you have a family history of bowel cancer?