Dementia and its effect on intimacy 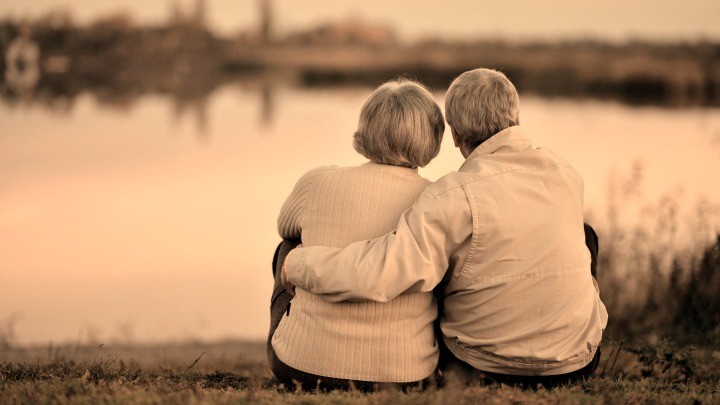 Anne Fairhall and her husband had always been ‘that’ couple you’d want at your dinner party. Happily married for decades, the Melbourne-based, middle-class couple aged in their late-50s, exhibited intellect and culture. Fairhall, a former nurse, was a successful businesswoman. Her husband ran universities. The seasoned academic could speak seven languages and was an experienced light-aircraft pilot.

“My husband was always a very fine gentleman,” says Fairhall, now aged 71. “Then suddenly, he became hostile and verbally aggressive; physically too.”

Fairhall’s husband started to lose his sexual inhibitions and couldn’t remember ever losing control. “At dinner parties, he would turn around to the person next to him and, out of the blue, ask them: ‘Do you like sex?’

“I was so embarrassed. It was very awkward for me as I grew up in a family where sex wasn’t discussed. He just suddenly didn’t want to sit with me, talk to me or enjoy the things he used to. Then he’d have long periods where things appeared very normal.”

The GP diagnosed her husband with depression, but Fairhall knew there was more to it than that. Ten years later, after a number of misdiagnoses and an escalation of the situation to ‘catastrophic’, Fairhall was told her husband had frontotemporal dementia – a rare disease impairing a person’s judgement, emotions, speech and movement. He was only 65.

“I knew it was dementia,” she says. “I was certain. I was relieved when we got the diagnosis, but I was also sad.”

Fairhall recently shared her experience of dementia and its associated impact on her marriage at Melbourne’s Let’s Talk About Sex conference in September, hosted by COTA Australia and Alzheimer’s Australia.

“The reason I spoke out about this was not just because of the embarrassment,” says Fairhall, who is now a member of the Alzheimer’s Australia Vic Consumer Advisory Committee. “When the person you love and care about has dementia, they can’t help or control their behaviours. The damage to the brain leaves them disinhibited and confused. For the carer, the loved one – whether it is a woman or a man – it becomes a hidden issue.

“Sexually, things change. We had a normal, healthy sex life and a good, loving relationship before the diagnosis. The medication interfered with that initially and then, because with disinhibitions, sexual matters became obsessive matters.” The confusing thing is, she explains, “the person is still there in body but they are just not in the same body”.

Fairhall’s husband is now living in an aged care facility and is well cared for. She advises anyone caring for a partner with dementia to be “bold” when it comes to intimacy.

“Don’t worry about holding their hands and being close to them if that’s what they were normally like before a diagnosis. My husband was a loving person so he still responds when I put my hand through his hair or show love and gentleness by touching his face or speaking in a tone that’s not harsh but a bit loving. I also lay with him in bed so we still have a bit of skin contact. I’ll either rub his back or hold his hand. That’s our intimacy these days. They may not be able to do things and may not have insight into their condition, but they will still feel love towards their family.

“People think: ‘How dreadful to be dealing with this.’ But actually, we are lucky. We have been given the time that some people don’t have. We can actually make sure he knows we love him.”

Are you caring for a partner with dementia? How have you coped with the impact on your relationship?

This article has been sponsored by NRMA’s Living Well Navigator.

This article was previously published.