The over-60s health guide: Essential check-ups as you age 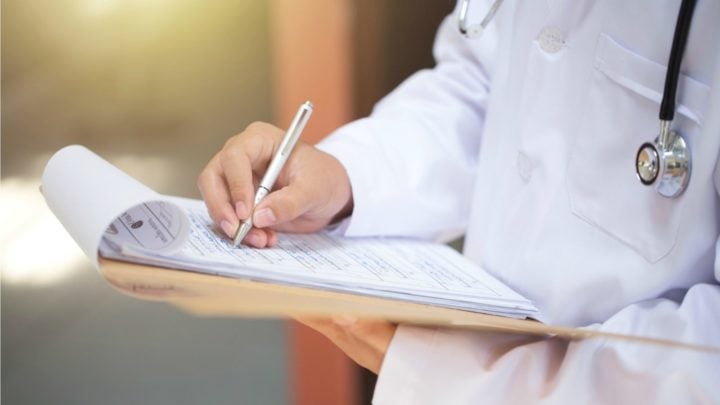 Navigating which tests are important and which aren’t when booking a medical appointment in older age can be tricky, but these are the most important tests over-60s should consider as part of their health check-ups. Source: Getty

These tests give doctors and patients a better understanding of their overall health and whether or not treatment plans or preventative measures need to be put in place. If something isn’t quite right, patients and health professionals have plenty of time to initiate treatment plans if needed.

The immune system decreases with age and protecting against infections that can compromise health is vital. Key vaccines that should be on the radar for all over-60s include:

Older people have an increased risk of coronary heart disease, heart attack, stroke and other cardiovascular diseases and since many symptoms are silent, regular heart health checks need to be completed. These include:

It’s no secret vision gets worse with age and some medication can contribute to problems such as glaucoma, cataracts, diabetic retinopathy and macular degeneration.

Annual eye examinations with an optometrist are encouraged to assess vision and the risk of developing eye disease in future.

Eye pressure will be tested for conditions such as glaucoma, while digital technology will also help optometrists assess areas of the eye that are invisible to the naked eye. Those aged under 65 can claim a Medicare rebate on regular eye tests once every three years and over-65s can claim once a year. Rebates can be claimed more regularly for ongoing issues such as glaucoma.

Rates of sexually transmitted infections (STIs) are increasing in Australia’s older population and according to a 2017 study published in the Australian and New Zealand Journal of Public Health, STIs among over-60s increased by 46 per cent between 2009 and 2013. In addition to using a latex condom during intercourse, STI tests through a GP or sexual health clinics should also be undertaken every six to 12 months if there’s a change in sexual partners to test for chlamydia, genital herpes, gonorrhoea, HPV human papilloma virus, HIV/Aids and Syphilis.

Tests — which remain confidential — are usually as simple as a urine test, blood test or swab of the mouth, throat or genitals.

Around 90 per cent of bowel cancer cases in Australia can be cured if detected early, with over-50s encouraged to complete a faecal occult blood test every two years from the age of 50. The test is the most effective screening tool in detecting early signs of bowel cancer, with free kits sent to all eligible Australians as part of the government’s national screening program.

Tests can be requested between screening years for people presenting symptoms such as blood in stools, changes in bowel habits, bloating, pain, cramping or rectal pain in between tests. A GP may order a blood test to analyse whether your red blood cell count is low (an early sign of bowel cancer), a colonoscopy to examine the large bowel or even CT scans, MRI, PET scans or ultrasounds to pick up changes in the bowel.

People at high risk of bowel cancer including those with IBS, polyps or an inherited generic risk may require a colonoscopy every five years in addition to faecal occult blood tests.

The HPV screening test should occur two years after a woman’s last pap smear and is only required once every five years after the initial test.

The procedure feels similar to the old test and is offered to all women until the age of 69. Those aged 70 to 74 will also be invited for a cervical screening test. Women can join the national cervical screening program by contacting 1800 627 701. Symptoms such as vaginal bleeding, discharge or pain should be discussed with a GP as soon as possible between screening.

All women aged between 50 and 74 are invited to undergo free mammograms every two years as part of the government’s national screening program. Women who have had breast cancer before or who have a family history of breast cancer may be invited more regularly.

A radiographer performs the mammogram by placing one breast at a time between two plates on the machine. The machine will press firmly on the breast for around 10 seconds to take a picture from the side and the top.

Women who notice lumps, bumps or changes in their breasts between visits should see a GP as soon as possible. Free mammograms can be booked at 13 20 50 or by speaking to your GP.

Prostate cancer is one of the biggest killers for men over 60 as many of those living with the disease don’t show any physical symptoms and aren’t aware anything is wrong until they are diagnosed.

Digital rectal exams can also be performed and are designed to feel for nodules that could be cancerous. Imaging, biopsies or referral to urologists or specialists may be recommended if any potential risks are detected.

When was the last time you went to the GP for a health check-up?