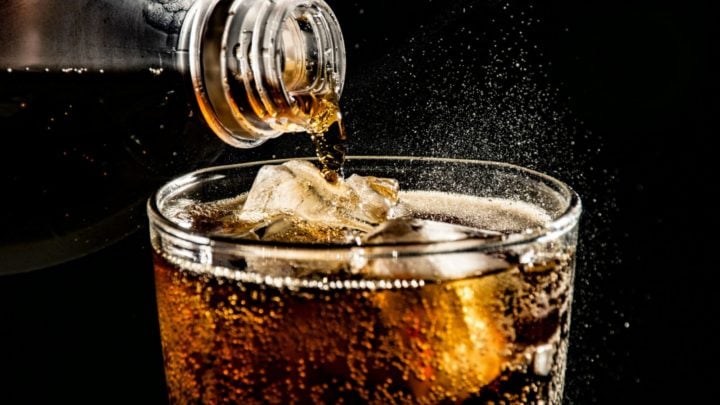 Softs drinks overall were associated with a higher risk of death. Source: Getty

Drinking soft drinks like Diet Coke and Pepsi Max might seem healthier, but experts have revealed people who consume two diet drinks a day have a higher risk of an early death. The global study of more than 450,000 adults in 10 countries found softs drinks overall were associated with a higher risk of death.

“We found higher soft drinks intake was associated with a greater risk of death from all-causes regardless of whether sugar-sweetened or artificially sweetened drinks were consumed,” he added.

Meanwhile, it comes after a recent study linked ultra-processed foods with an increased risk of heart disease and even death.Two separate studies, conducted by researchers at Deakin University and the University of Paris, found positive associations between the consumption of foods such as ready meals, sugary cereals and snacks with the risk of potentially fatal cardiovascular disease.

While the studies, published in the BMJ on Thursday, did establish links, researchers stressed that further work needs to be done to better understand these effects. However they did call for policies to be implemented promoting the consumption of fresh or minimally processed foods, rather than highly processed foods.

In the first study, researchers based in France and Brazil looked at possible links between ultra-processed foods and the risk of cardiovascular and cerebrovascular disease – meaning conditions affecting bloody supply to the heart and brain.

They assessed more than 105,000 French adults (the majority of whom were women) with an average age of 43. Participants imn the NutriNet-Santé study were asked to complete six 24-hour dietary questionnaires to measure their usual intake of 3,300 different food items, ranked according to how processed they were.

Researchers then monitored rates of diseases over 10 years (2009-2018) and found that a 10 per cent increase of the amount of ultra-processed food in the diet was associated with significantly higher rates of overall cardiovascular disease, coronary heart disease, and cerebrovascular disease (increase of 12%, 13%, and 11% respectively).

What are your thoughts on this study? Do you regularly consume diet soft drinks?