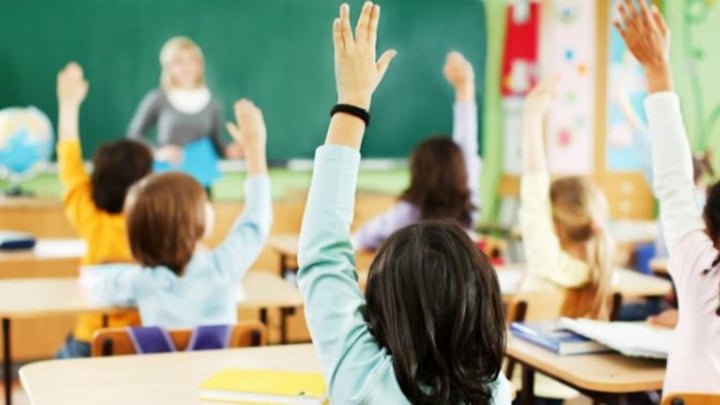 There are calls to ban mobile phones from classrooms around the country. Source: Shutterstock

Smart phones are well and truly ingrained in our daily lives nowadays, with everyone from adults to teenagers and even toddlers glued to their screens for hours at a time.

But while they’re a welcome source of entertainment for many, they’re proving hazardous in the classroom where teachers are struggling to control distracted students, who’d rather check their Instagram feeds than learn the periodic table.

The issue has prompted federal Education Minister Dan Tehan to consider banning mobile phones from classrooms. Tehan told the Daily Telegraph he’s willing to back teachers on the matter to ensure students are focused on learning.

“There is no doubt that phones can be distracting,” he told the publication. “What we need is for teachers to understand whether mobile phones are preventing people from learning or not and if it is the idea that they all be put in a basket at the start of class and picked up at the end of class, if that’s what teachers think will lead to better outcomes, then I’d be happy to back teachers on that.”

Distracted students isn’t the only problem schools are grappling with as the rising popularity of smartphones has also sparked a dramatic increase in online bullying among pupils. According to government figures recorded in 2009, approximately one in five Australians under the age of 18 reported experiencing online bullying in any one year. Cyberbullying is noticeably more common in students aged over 15, the age when many are given more access to technology.

New South Wales has already taken action on the matter and launched a review in 2017 into phone use in schools, a decision that was supported by leading psychologists around the country including Dr Michael Carr-Gregg, who said there is a staggering number of harassment cases among children in schools.

“One in four children under the age of 12 are being stalked, harassed and abused,” Dr Carr-Gregg said. “I am not anti-technology at all. I think we have to find a balance between helping young people manage their school work, have a social life and get the good parts out of technology; that’s the challenge.”

A recent study by leading UK psychiatrist Dr Jon Goldin also highlighted the link between mobile phone use and mental health illnesses. Goldin warned that children should spend no more than two hours per day on social media after it was proven doing so could lead to them becoming depressed or suffering from anxiety.

He told The Telegraph that lapses in mental health among teenagers is being fuelled by cyber bullying, body image issues and dangerous material promoting self-harm and eating disorders.

What do you think? Should mobile phones be banned in schools?