‘Death of the landline’: Home phones to be extinct by 2037, study finds 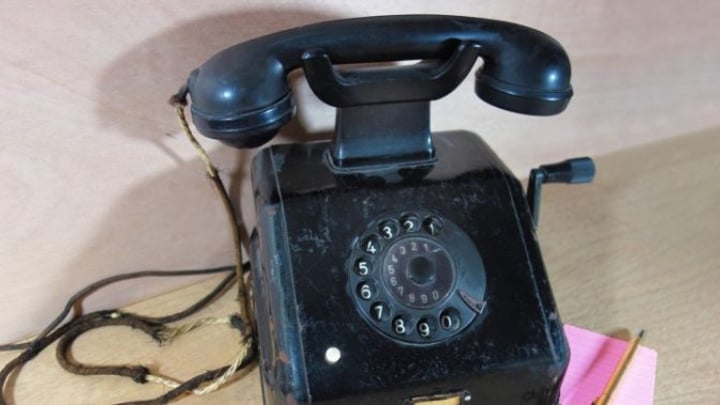 Landline phones are set to all but disappear. Source: Pixabay.

Hearing the shrill ringing of the home landline will have been a familiar memory for many people until recent years.

Whether you spent ages searching through your drawers for a loved one’s number to dial, or you remember trying to find a comfy spot by the plug socket to enjoy a chat with a friend, it was a major part of everyday life.

Recently, with the huge expanse of technology, the trusty landline has begun to be replaced by mobile phones and tablets. Now, you can call someone on the other side of the world without spending a penny – when just a few years ago, it was a matter of watching the clock to ensure you didn’t spend too much on your phone bill.

They certainly hold some fond memories, but a new study has found landline phones are likely to disappear by 2037, with only half of Aussie families having one by 2021.

By studying Australian Communications and Media Authority (ACMA) data, finder.com.au found the number of Aussies with a home phone has dropped every year from 83 per cent in 2011, to 64 per cent in 2017.

The search engine previously found the majority of the 29 per cent of Aussies who have a landline they regularly use are older, while others simply have one for an internet connection – but no longer use the phone itself.

“Even at current decline rates, by 2035 the number of Aussies with landlines would only be the equivalent of the population of South Australia,” the company’s tech and telco expert Alex Kidman said.

“For some, the death of the landline has already hit. In fact, it’s likely that many young Aussies will grow up without the sound of landline ringing through their homes.”

He put part of the decline down to the great deals on free calls and texts on offer from many mobile phone providers now, making it almost impossible to ignore.

Kidman said it’s down to convenience, as the touch of a button brings up anyone’s number, without having to rifle through address books to find it.

“With the rollout of the NBN, it’s likely we could see homes ditch their landline a lot sooner than we anticipate,” he added.

Have you ditched your landline yet? Are you keen to keep hold of it? What are your memories of growing up with it, and using it in the past?