What is a protestor worth?

At the end of June 1971, I found myself in ward 52 of Royal Melbourne Hospital, prescribed completed bed rest and given heavy duty drugs to help my back pain. At the same time, the Moratorium Movement was planning its third march to protest against the Vietnam War. My hospital regime allowed visitors for an hour a day, between 7 and 8 p.m. Several of my fellow-theological students were involved in the Moratorium and were keen to recruit me. It was my first opportunity to march: I had been in country WA for the previous two marches and had not been required to make a decision. 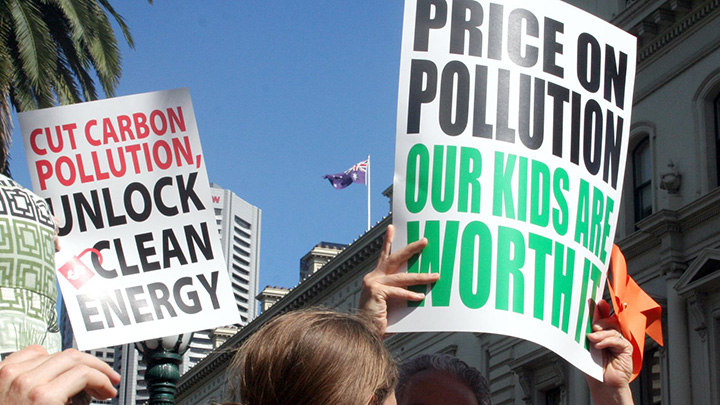 ‘We could put you in a wheelchair and push you down Swanston Street,’ my friends said, as though it was a student lark. But it was far more serious than that. I was torn, but in the end, when June 30 came around, I was too unwell to participate. At 7 p.m. that night I saw the black and white images on TV and heard my friends’ first-hand reports of the 100,000 citizens who marched to the Shrine on St Kilda Road.

In the late 60s and on into the 70s many people, particularly those of us who were students, had to decide whether or not to take part in protests. These were not easy or automatic decisions. We saw people arrested and locked up at protests and knew prison was a possible consequence of civil disobedience. We heard of students in Queensland being jailed simply for gathering. ‘Don’t bother applying for a march permit,’ premier Bjelke-Peterson told potential protestors, ‘You won’t get one. That’s government policy now!’

We read about Martin Luther King Jr and his time in Birmingham City Jail in 1963. Founder of the Plowshares Movement, Catholic priest Dan Berrigan, who had been a leader in the anti-Vietnam war movement went to jail for trespass on and damage to the General Electric nuclear missile facility in Pennsylvania.

A prototypical West Australian protestor was elegant and wealthy Mrs Bessie Rischbieth J.P., O.B.E. Mrs Rischbieth, a theosophist and feminist, was a grande dame from upmarket Peppermint Grove. I remember her in 1966 aged 89 wading into the Swan River in front of the bulldozers as her attempt to prevent the filling in of the river for the building of the Narrows Bridge. While she did not succeed there, her direct action earlier stopped the construction of a swimming pool in Kings Park. In court Mrs Rischbieth was haughtily defiant, but paid her fines. I don’t recall if she was ever sentenced to prison. it’s unlikely. No judge in small town Perth would have risked the fuss!

I learned two things from these protest movements, protestors should expect the normal consequences for their illegal actions. Just because their protests are morally right does not excuse them from the normal legal accountabilities. In fact, doing time is a way of demonstrating moral seriousness. Secondly, protestors need to be part of an organisation, people who can keep them honest, protect them in ugly situations and support them through the processes of court and prison. Solo protestors are extremely vulnerable to early burnout.

I am encouraged by the new round of protests this century, including by groups working to protect the environment. Sea Shepherd and Greenpeace clearly know the history of the anti-Vietnam War and anti-nuclear protests, and like Bessie Rischbieth and Old Testament prophets, take symbolic actions in the very places where the environment is at risk.

We are poorly served by some of the correspondents writing reports of Sea Shepherd and Greenpeace. They seem ignorant of the history of protest. They seem to believe that the protestors think they should be above the law. For the ‘Arctic 30’ (those detained by Russia for their protests against the Gazpron oilrig), the media have been strident in condemning Russia for their over-reaction, but they have not praised the protestors for the legal risks they ran. They have not even appraised their moral stance. The end result is that they denigrate the moral seriousness of the protestors.

Greenpeace provide strong support to those detained and to their families publicly and it would seem privately, but parts of the media don’t get the process.

I’d like those reporters to read about Bessie Rischbieth, about the Berrigan brothers, Martin Luther King Jr, the Palm Sunday marches, Harvey Milk, all the heroes who have made ours a freer society.

Have you ever protested in the past and for what cause?