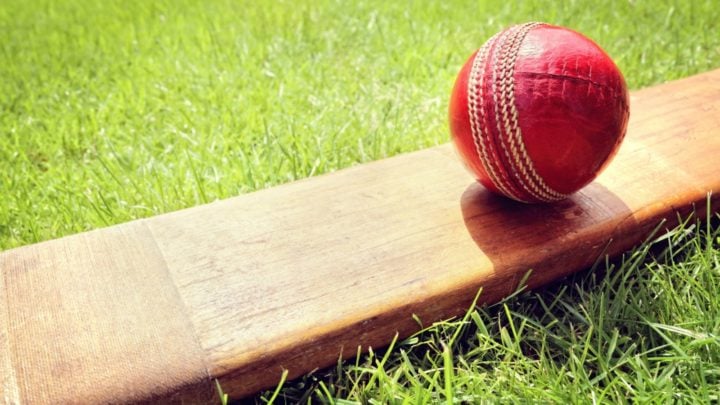 Despite being known as a 'gentlemen's game' cricket is one of the many Australian sports that is littered with scandal and controversy. Source: Getty.

As Israel Folau continues his very public feud with Rugby Australia, the entire incident has earned its place on the coveted list of Australia’s biggest sporting scandals. Whether it’s sledging gone a bit too far or fixed games that were quickly caught out, these are just a few of the most interesting controversies to have rocked the Australian sporting world.

Arguably one of crickets most influential scandals, Bodyline was created as a way of defeating the late, great Don Bradman, who proved to be England’s greatest obstacle on their path to victory. In 1933, England captain at the time, Douglas Jardine, created the Bodyline strategy when he realised Bradman struggled with balls that bounced up into his chest. Jardine called in fast bowler, Harold Larwood, who dealt out plenty the of dangerous bowls during his short-lived time playing in test matches.

Australians despised the tactic that in its most life-threatening stage, cracked the skull of Bert Oldfield who collapsed on the pitch but thankfully later recovered. It was also the reasoning behind some of the most famous words in cricket history spoken by the usually composed Australian Captain, Bill Woodfull, who said: “There are two teams out there. One is trying to play cricket and the other is not”.

While we might know her today as one Australia’s greatest athletes, Dawn Fraser found herself in hot water during the 1964 Summer Olympics held in Tokyo. After spending most of her evening celebrating the end of competitions, Fraser took it upon herself to knick one of the Olympic flags and make a run for it. She didn’t get far however, with Japanese police catching up with her and eventually taking her to the local station.

Following the incident, Fraser was banned from competitive swimming for 10 years, a sentence that was lifted a few months before the 1968 Olympics. She was even gifted the stolen flag as a souvenir by Japanese officials.

The Springboks 1971 tour of Australia marked one of the biggest crossovers between politics and sport in the nation. At the time, apartheid created a rough divide between South Africa and the rest of the world, with the Springboks copping the brunt of the aggression. Australian anti-apartheid protestors were far from welcoming to what they saw as the racially-selected, fully-white South African team.

Tensions reached breaking point in Sydney when the field had to be surrounded by barbed wire and armed police to avoid disruptions to the game. There were no national anthems, no preliminary games, no pre-game hand shakes and no on-field coin toss. Following the chaos of their visit, South Africa didn’t play Australia in Test rugby until the end of the apartheid-era, more than two decades later.

One of the more shameful moments in history for Australian cricketers came in the 1981 World Series Cup when Australia and New Zealand went head to head in a tense one-day match. New Zealand batsman, Brian McKechnie stepped up, ready to possibly clear the fence to level up the scores between the two rivals when the unexpected happened.

Australian captain, Greg Chappell ordered his younger brother Trevor to roll the final ball down the pitch to shut down any chance of losing. Although not technically illegal, the move caused an uproar in both New Zealanders who felt cheated and Australians who felt ashamed of the unsportsmanlike delivery.

Tennis has seen its fair share of aggravated players but one of Australia’s most notorious has been Nick Kyrgios. Thanks to his many on-court tantrums, Kyrgios has experienced plenty of public backlash over the short-time he’s been a pro, but one of the more disgraceful moments of the youngster’s career came when he was overheard making off-hand remarks about rival, Stan Wawrinka, during a 2015 match at the Rogers Cup.

After claiming fellow Aussie, Thanasi Kokkinakis has slept with Wawrinka’s girlfriend, microphones also picked up Kyrgios commenting about Wawrinka “banging 18-year-olds”. The sledging saw the Aussie player receive a hefty fine as well as a 28-day-ban from the game.

Aussie cricketers have seen their fair share of tribulations since the game began. Most recently, Australian captain Steve Smith and vice captain David Warner made headlines around the world when they were caught red-handed in a ball tampering scandal.

Junior player, Cameron Bancroft, was asked by his captains to scuff one side of the ball with sandpaper to deliver nearly impossible bowls to the opposing team. Thanks to the wonders of filmed games, the entire incident was caught on camera including the part where Bancroft quickly shoved the piece of sandpaper down his pants as the umpires began to take notice.

Do you recall these famous incidents? Which sporting scandal do you think is the most controversial?