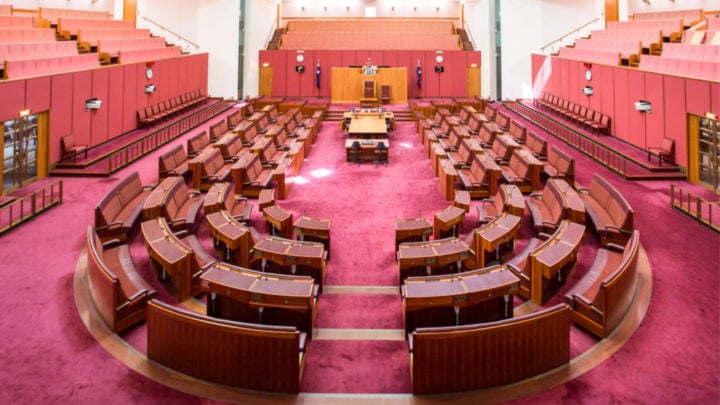 As the election approaches, politicians continue to dodge scandals and controversies like land mines, with candidates resigning in recent days over lewd comments, racism and even after being caught on camera in a strip club. And this is no new phenomenon either, as the country has definitely had its fair share of shocking moments throughout the years.

From scandals in office to missing Prime Ministers, and even jail time for politicians, the Australian government really has seen it all.

In 1975, one of the most dramatic political standoffs in Australian history came to a head with the dismissal of the government of then-Prime Minister Gough Whitlam. Whitlam’s election in 1972 marked Australia’s first Labour administration in 23 years, however, their power in Parliament was short-lived.

When Sir John Kerr, the Governor General at the time, dismissed Whitlam and his government from Parliament, both the media and the general public were in complete shock, as most people weren’t aware that something like this could even happen in the Australian political system. The reaction from the dismissal ranged from anger to relief and the impact on the public was present long after Malcolm Fraser’s government was elected into office.

Scandal and controversy was not just exclusive to the inside of Parliament House however and, speaking of Malcolm Fraser, the Liberal leader found himself in the middle of a fairly confusing scandal himself in 1986 that still has never fully been explained to the public.

After giving a speech in Memphis, papers reported Fraser walked into the foyer of a hotel, wearing nothing but a towel, claiming he was drugged. The story followed that he checked into a fairly dodgy hotel after midnight and woke up the next morning missing his pants, a $10,000 Rolex, his passport, wallet and $600 in cash. Despite vehemently denying it was just a drunken night out in America, Australian media and the public never really accepted his story.

Then-Prime Minister Harold Holt also made headlines everywhere when he disappeared while swimming at Chevoit Beach in Victoria in 1967. Holt became Prime Minister in 1966 following Sir Robert Menzies retirement after his 16 year stint in office, but barely served for two years before he tragically lost his life in the ocean. As his body was never found, wild conspiracy theories bounced around saying his disappearance could be blamed on everything from an alien abduction to the bizarre suggestion that Holt had returned to China where he had worked as a spy. Of course none of these ideas were ever seriously considered and instead police ruled the disappearance as purely accidental.

More recently, the seemingly never-ending leadership spills in Parliament saw Australia welcome seven Prime Ministers in just 11 years. After John Howard’s fairly lengthy nine year stint, Julia Gillard and Kevin Rudd basically played political tug-of-war with the position until 2013 when Tony Abbott took over for two years before being defeated by Malcolm Turnbull in yet another leadership spill. Now as Scott Morrison holds the title, only the upcoming election will see if this impressive number of Australian Prime Ministers increases.

Of course in current times, we’ve seen a teenager egg Fraser Anning, Pauline Hanson walk into the Senate in a burqa, Barnaby Joyce’s ‘Barnababy’ debacle and more politicians eating raw onions than anyone felt necessary. With all this in mind, it’s safe to say there seems to be no end to the excitement and unexpected turns that Australian politics constantly brings the public.