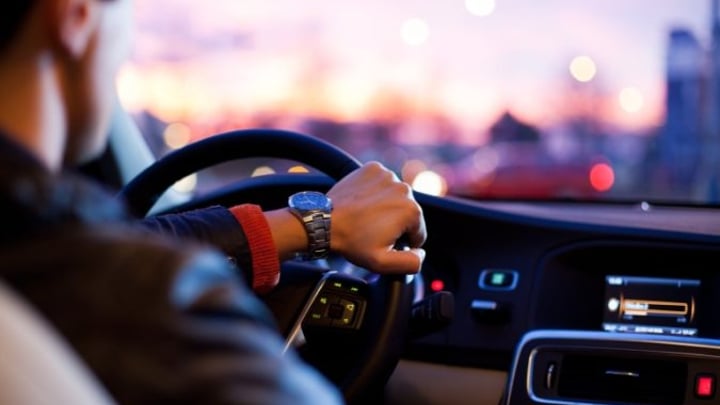 It was certainly a most embarrassing moment for Marnie. Source: Pixabay

We lived in a country town with a population of around 8,000. That might sound like a lot of people, but believe me, if you do something really dumb — everyone knows who you are. It didn’t help of course, that I also worked for a (now defunct) government department that people loved to hate, so to see the ‘enemy’ make such a mortifying mistake right in front of the large shopfront windows of the said department, must have seemed like a karmic dream come true for some of them.

I walked to work and home each day, but around 12:30pm my husband would come and pick me up in the car so we could have lunch together at home. On this particular day, it was our anniversary so my husband had booked a table at the motel restaurant.

It turned out to be a particularly hectic morning at work and I hadn’t noticed the time until my workmate and friend, Lyn, glanced out the window noticed my hubby waiting patiently in the car.  I grabbed my shoulder bag, and in my haste, knocked a bundle of files on the floor. Lyn helped me pick them up and said “Go, go” — so I did — more haste, less speed. The strap of my shoulder bag got caught on the door handle as I tried to get out and pulled me stumbling backwards into the office.  It seemed to take forever to disentangle myself and the bag and get out of the door and by then, I could feel all eyes were on me.

I tried to regain my equilibrium, and holding my head high, I quickly reached the car and got in.  I pulled my seat belt on and said, “Let’s get out of here or we’ll be late”, but we were blocked in by traffic queuing up at the roundabout and I realised the car couldn’t move.

I glanced at the office, hoping everyone had forgotten about my ungainly exit and got on with their business, but to my horror Lyn was at the open door wildly gesticulating and shouting something I couldn’t hear but it appeared to be directed at me. Thinking I had dropped something or forgotten something, I wound the window down. “Wrong car,” she was shouting. “You’re in the wrong car.”  I could see our customers behind her enjoying the show and she had caught the attention of many lunchtime shoppers as well.

I could feel the embarrassment rising in my face as, for the first time I turned to look at the person beside me. The well-dressed, middle-aged man, had said not one word since I’d sat in his car, his eyes were fixed straight ahead, his hands were clenched tightly on the steering wheel, I rather suspect he was trying to keep a firm hold on reality.  I gathered all the decorum I could muster and said stiffly, “I’m terribly sorry, I seem to have the wrong car. You are not my husband”, to which he replied equally stiffly, “You do, and I’m not”. I apologised again as I got out of the car and was relieved to see that, far from being angry, the corners of his mouth were twitching with amusement.

I ignored Lyn, I ignored the grins and smirks of the general audience. My sole aim was the sanctuary of our own car and this time I checked to make sure it was the right man at the wheel. Yes, there he was, eyes closed, listening to his music, oblivious the world around him, as usual — God love him.

In a country town you can never live it down. We moved a few years later but whenever I visit there, I know that someone, somewhere, is going to ask me if I have got into any strange cars recently. Oddly enough, with the tyranny of time, it’s kind of nice to be an urban legend.