‘I’m outraged at the limits to religious freedoms of some’ 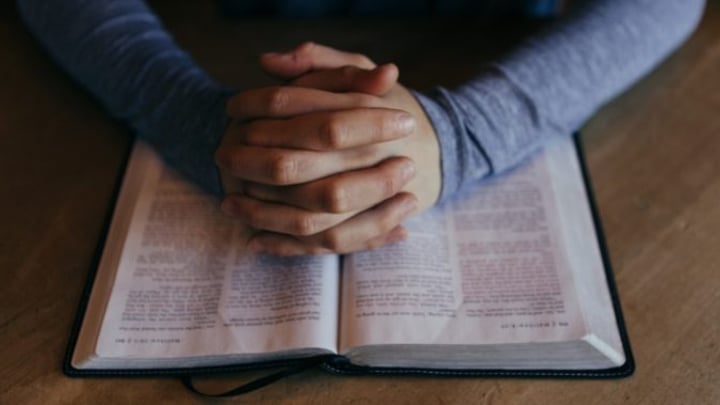 As if promoting and legitimising China’s descent into its new red emperor, Xi Jinping’s ever tightening tyrannical control, the Vatican has signed a deal under which the Chinese Communist Party (CCP) will appoint all of China’s Catholic bishops.

Yes, you read it right: the totally atheist CCP that is committed to the destruction of religion in China has now been authorised by the Pope to be in charge of selecting and appointing Catholic bishops in China with the Pope only having the titular role of veto. Is this not putting the wolf in charge of the sheep?

Dear Pope Francis! Would you take a stroll in the Vatican to the consecrated tomb of John Paul II, the Polish Pope, who dedicated his papacy to standing up firmly against the tyranny of communism in the Soviet Union and in its satellite states? He is credited, even by Mikhail Gorbachev, as the principal moral force bringing down communism in the USSR and in Eastern Europe.
Could you Pope Francis pray to find out how John Paul II’s spirit is reacting to your deal with the CCP whom you now helped to be better placed than ever to clamp down and destroy the Christian church in China? I bet you see John Paul II turning in his grave.

What about the tradition of a whole hosts of Christians who stood fast against the repression of free speech and the systematic persecution and genocide of segments of populations in fascist and communist tyrannies?

See the Nobel Laureates Boris Pasternak with his Dr Zhivago, Aleksandr Solzhenitsyn’s The Gulag Archipelago and the Chinese Liu Xiaobo whom the current Chinese regime imprisoned till death for daring to petition for the rule of law, free speech and democracy in China.

How about the Catholic Arch Bishop of Hungary, Cardinal József Mindszenty to whom my Jewish parents, my sister and I owe our lives?

When in 1944 Hitler invaded Hungary and Adolf Eichmann was sent to exterminate the entire Hungarian Jewry, Cardinal Mindszenty demanded publicly that the Nazis leave the Jews alone. He requested all Catholics to help the Jews in every way they could including hiding them. As a result of Mindszenty’s directive, Carmelite nuns hid my baby sister until the end of the war, while my father and mother were separately sheltered in safe houses by numerous Christians for a whole year until the end of the war. They risked their own lives in hiding them and other Jews.

From ever since the Soviet invasion ended Hitler’s tyranny at the end of the war, Cardinal Midszenty continued to be the fiercest voice in Hungary for free speech and religion in the now Soviet tyrannised country. He became the regime’s public enemy number one. They set out to discredit him in the eyes of the public with the kind of relentless propaganda campaign, which China has been waging against the Dalai Lama, Liu Xiaobo and Ai Weiwei.

When they could neither shut Cardinal Mindszenty up or drive him into exile, they imprisoned him and tortured him so severely that he nearly died. They wanted him to renounce his standing up against tyranny and to ‘voluntarily’ confess that he was a traitor. When they failed, they forged his handwritten confession, drugged him and forged his signature under the confession.
Then they sentenced him for life imprisonment for treason.

When the Hungarian Revolution resulted in a few days of freedom from Soviet tyranny in 1956, one of the first act of the revolutionaries was to free Cardinal Midszenty from jail and celebrate him as the conscience of the nation. When the revolution was crushed, he sought asylum in the American Embassy in Budapest from where he continued to denounce tyranny. Eventually the regime deported him to the West where he continued to work for the restoration of human rights in communist countries.

What China’s newly emerged Mao-like absolutist red Emperor is trying to do with Christianity now is imitating what the Stalinists tried to do in Hungary and in all satellite states.

The reason the state moved to crush Cardinal Mindszenty was to set up an authority structure of party bootlickers both in the Protestant and Catholic churches. They made an offer to priests and ministers to sign a loyalty pledge to the party dictatorship or be crushed. Those who resisted were tortured until they relented or sent to concentration camps where many of them died. The minister in charge of my Lutheran Church was imprisoned for more than a year from 1967. His ‘crime’ was that under his leadership ‘too’ many youths received confirmation in their faith.

Christians have been asked in China to remove pictures of Christ from the walls of their homes and to display Xi Jinping’s image instead. The churches have been instructed to remove crosses from the top of churches and display the national flag instead. In China and particularly enforced in Tibet, it is a crime to displace the picture of the Dalai Lama. The communist regime has appointed a party lackey, fake Dalai Lama in Tibet in place of the real Dalai Lama’s nominee whom they kidnapped.

The party wants to remove all independent-minded bishops from the Catholic church in China, replace them with their own party hacks and outlaw all underground churches because they do not pledge allegiance to the party as their ultimate authority. Just as the party has been using trade unions to control workers and to stop them from agitating for better work conditions, such as safety in workplaces and higher wages, the party is hell-bent on using the churches to undermine the believers’ faith in Christ and transfer their loyalty to the state.

Christ was a servant of his followers. The communist tyrant wants to be their master. The party fears all Christians who remain committed to serving their ‘Servant King’ as against their dictatorial Emperor. Perhaps coincidentally, the Pope’s title is ‘Servus Servorum Domini’ (The Servant of God’s Servants), but now Pope Francis has become the servant of God’s self-declared enemies.

The tragedy is that the Pope now authorises and legitimises the enemy of the churches in China to appoint bootlicking bishops to replace the genuine bishops of the underground Catholics in China who have been putting up with intimidation, discrimination, imprisonment and political murder for decades. It’s why China’s most senior Catholic, Josef Zen, who was made bishop by John Paul II, says that the current Pope ‘betrays Jesus’ by making a deal with communist persecutors who killed hundreds of thousands. The resilience of China’s faithful is such that neither the Pope’s backdown nor the new Emperor can crush their spirit.

What do you think of limits being placed on religious freedoms in some countries, like China?