Did you know every bank has an advocate, whose job is to represent you? 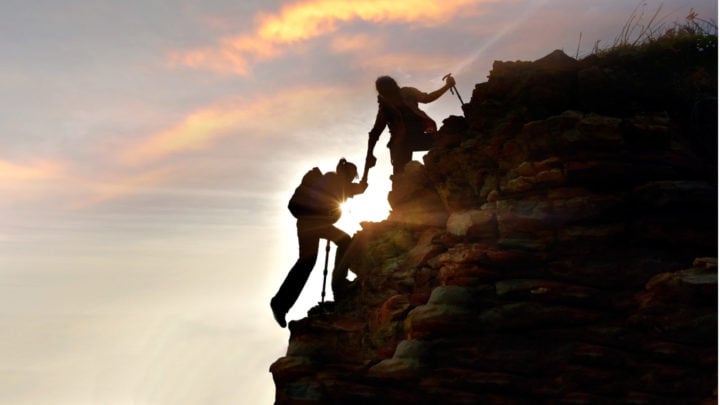 Although it helps to know someone in the media who can bring your issue to your bank's attention, it isn't necessary - that's what a bank advocate is for. Source: Getty

Love them or hate them, the fact remains that credit cards are a necessity for most people. You can hardly book accommodation, airfares or a rental car without them, and they take the worry out of carrying cash when you shop.

But you still need to be aware of the traps. A classic is having just one credit card when you are travelling and finding it blocked when the hotel demands you hand it over at check-in to guarantee any purchases you may make while you are staying there.

Another major problem is supplementary cards. To save on fees, many families have one main credit card, with the partner and other family members using supplementary cards. Unfortunately, with many cards, all associated cards are blocked as soon as one of the cards becomes lost or stolen. Again, this can be particularly embarrassing if you’re travelling overseas.

Obviously, the solution is for couples to have individual credit cards, but as a recent email from a reader points out it is becoming increasingly difficult for retirees to qualify for a credit card.

“My husband and I have had a 40-year association with a major bank, have paid off numerous loans, and have a history of never missing a payment,” she wrote. “We are 62 and 73, and are self-funded retirees with substantial assets. After reading your articles I decided to apply for a credit card in my own name, which has to be done online. It was declined by the bank’s computer on the grounds I had no taxable income.

“I can’t see the logic of this, and am concerned that my 40 years’ loyalty with the bank appears to count for nothing. The bank’s decision makes me feel discriminated against both as a married woman and a grandmother. Do you have any ideas how I can overcome this absurdity?”

I telephoned the bank on her behalf and spoke to one of their senior people, who promised to look into it. Within five days I received an excited email from the reader telling me that a credit card in her own name had been approved. She was over the moon!

I phoned the executive I’d been dealing with to relay the good news, and asked him the obvious question: what is the mechanism for a person in her situation to get a credit card? It’s ridiculous to expect that the only way for a card to be approved is for somebody in the media to bring it to the bank’s notice.

To his credit, he was most helpful. He suggested that the first line of attack should be to go to a bank branch, talk to a staff member face-to-face, and make sure all details of the conversation are recorded. In most cases this should solve the problem. But if it doesn’t, he also suggested a Plan B.

Apparently, all the major banks have an advocate, whose job is to handle matters such as this for aggrieved customers. Anybody who feels they have been badly treated can contact the advocate, who will investigate the case and help the customer achieve an outcome that works for both parties.

I must confess that this is a term which is new to me, but if you do a web search you will find every bank’s advocate is clearly shown. I guess it’s good to know that in this age of computers we still have a human avenue of appeal if needed.

Please keep the emails coming in. It’s a great way to keep everybody honest.

Have you had an issue obtaining a credit card or loan because you’re retired? Were you aware of the existence of a customer advocate at your bank?