Childhood holidays on the coast were gold! 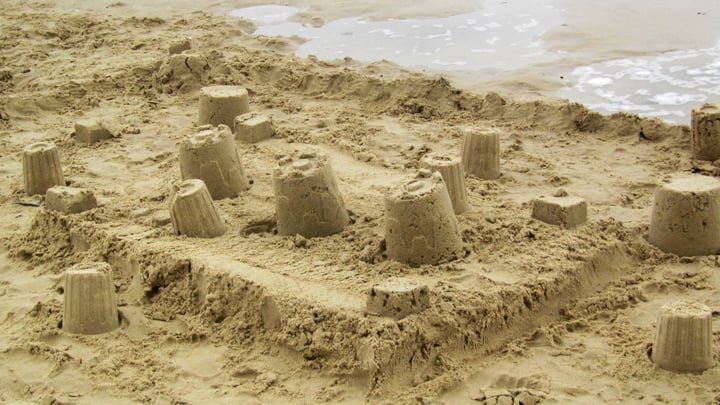 This morning a TV presenter asked a little girl whether she was excited to be going back to school. In a sad little voice she replied, “No, I’d rather stay at the beach.”  It was a long time ago for me, but I remember feeling that way when the school holidays came to an end. As kids we were lucky and holidayed at several different Gold Coast beaches over the years but my fondest memories were of weeks spent at Kirra. A holiday spent in one of Mrs Want’s flats was always something to look forward to! 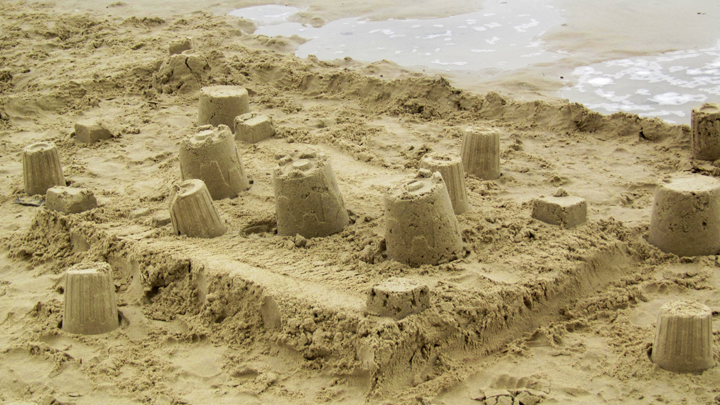 Lots of memories come rushing back when I think of those holidays at Kirra, all of them happy. Our days were filled with simple pleasures back then. Mornings would get under way with Dad ducking down to the corner shop to pick up the paper, fresh bread and a bottle of strawberry flavoured milk. Do you remember those glass bottles with the foil tops? For some reason it was deemed okay for us to wash our vegemite on toast or cornflakes down with strawberry milk when we were on holidays but it was definitely not something we could get away with for the rest of the year! After breakfast it’d be time to get the togs on, plaster our noses with zinc cream, grab the plastic zippy boards and head to the beach. The morning would be spent building sandcastles, boats and even cars! Dad would crawl around on his knees digging and building in the sand with us to create these masterpieces and then he’d be off into the waves for a bit of body surfing. Once Dad had his swim, he’d take us out on the zippy boards, really “out” into the deep water, and shoot us into the shore on the big waves! Of course, there were those exciting times when the shark bell would ring and everyone made a dash to get out of the water. We didn’t wait for the big waves then, any old wave that got us closer to the beach would do! I can still see Mum anxiously standing on the edge of the water until we all reached the safety of the beach. Then she’d be happy to return to the shade of the beach umbrella and get back to reading her book. Then there were the days when we raced out of the water to avoid the sting of a blue bottle. Even today I still scan the water for those wretched stingers!

Now Kirra beach had a couple of attractions that set it apart from other Gold Coast beaches. First there was the Pavilion. From here, around mid-morning, some bloke called “Uncle Dave” would put out the call over the PA system that it was time to line up for free all day suckers. Suddenly the most important thing to do was to race across the hot sand and get as close to the front of the line as you could, as quickly as your little legs could get you there. Of course there were those larrikins who’d get their first lolly and then go to the back of the line to get a second! Uncle Dave was a bit of a pushover! Some mornings he’d run family-type competitions where winners were rewarded with ice creams. I recall one such competition when he asked the kids to bring their Dads up to the stage if they thought he had the longest “holiday beard”. We did take Dad up, but his whiskers were outdone by someone else’s Dad. He must have been on holidays for longer than us!

The other feature at Kirra was the gazebo where some days a hypnotist would place holidaymakers under hypnosis and have them doing some really funny stuff. These shows were always a hit with kids and adults alike. Some mornings you’d be lucky and see fisherman pulling in nets and sometimes you could lend a hand in pulling them in. It was exciting to see the silver flashes as fish jumped around in those nets. We had some delicious fish and chip dinners from these catches! Fish weren’t the only things caught either. I have really mixed feelings when I recall a shark being caught, they then brought it onto the beach and cut it open to reveal baby sharks. Those of us with buckets of salt water at the ready were given one of the babies to take home – and wasn’t Mum thrilled about this! I wonder how that practice would be viewed today!

By lunchtime we’d have worked up an appetite so it was home to devour some of that fresh bread and enjoy more of Dad’s strawberry milk! A rest after lunch would revive us all and we’d be back to the beach in the afternoon. We’d spend away the time collecting shells (and the shells back then were awesome!), playing hopscotch or French cricket, drawing in the sand and generally mucking around until we were either tired, hungry or thirsty. Back at the flat Mm would usher us into the bath and then into cool cotton PJs. Dinner followed and then with the dishes all done it’d be time for a board game or a game of cards. Our grandfather, Pop, always came on holidays with us and he taught us how to play “Sevens” a card game that I still enjoy playing today!

Is it any wonder that we needed no rocking at night? They were great holidays, so much fun doing the simple things. And all this without a TV, computer or iPad anywhere in sight – imagine that!

What were your favourite holidays as a child? Have you had similar experiences with your children or grandchildren?