‘How my career bragging helped save a suicidal woman’s life’ 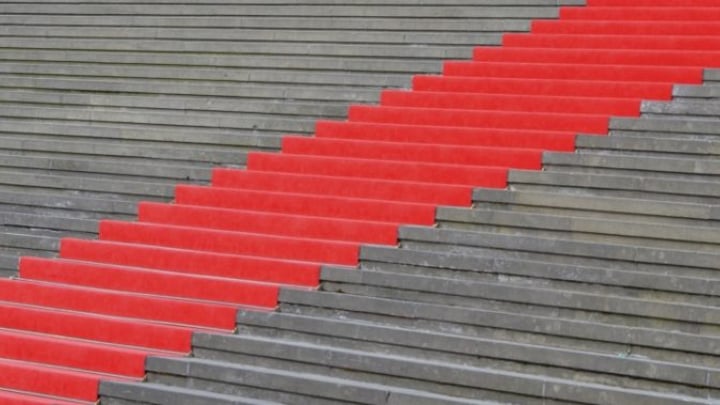 Do you have a claim to fame? Source: Pixabay

Each month my local writer’s group sets a topic for us to write about, which we read aloud at the next meeting. The most recent topic was ‘My 15 minutes of fame’. I didn’t think I had much claim to fame, until I started writing about my life’s highlights. Most people go through life being pretty ordinary, but I guess everyone has some claim to fame if they think about it hard enough.

I had my earliest taste of fame when I was 17. I was about six months into my three-year nursing training in Launceston, Tasmania, and my best friend Aileen invited me to spend a few days with her at her home in Queenstown on the remote west coast. Soon after arriving at her home, we walked into town to look around. Along the main street a man fell off a ladder right in front of us. He had been painting the building. He was having a fit on the ground. Aileen and I leapt into action — we rolled him on his side and kept his airway open and stopped him biting his tongue by wrapping a spoon handle in a cloth. After ambulance came and took him off to hospital, we were heroes of the town. There was a big write-up and our photos appeared in the local paper.

After I finished my general nursing training, I went to Brisbane to do my 12-month midwifery course at the Mater Mothers’ Hospital. I went with a friend to the Lone Pine Koala Sanctuary on one occasion and it was a wonderful day. We were very lucky to be there the first day some baby koalas emerged from the pouch to cling onto their mothers. A photographer from the Brisbane Daily Telegraph took our photo with the koala bears. The story and photo was on the front page of the paper the following day. I topped the state midwifery exams that year and received a book on Queensland National Parks as reward.

I’ve had my photo in the paper on two other occasions over the years. Once when I won a nursing scholarship and again when I was climbing up Castle Hill in Townsville. My good friend Bea and I were planning to go trekking in Nepal and to get fit for our trip we met every night after work and walked up the goat track on Castle Hill. One night a photographer from the Townsville Bulletin took our photo and wrote a story about us. We made page two.

My most exciting 15 minutes of fame though was when I had my first article published. I have always wanted to write. I’d like to think it’s in my genes — my sister and two brothers all wrote books, articles and poems. My father used to write all the time too, but he never tried to publish anything. I had had a story published in 1974 in the Townsville Writers’group’s magazine, In Print. It was about my honeymoon catching rats ‘Squeaks in the Cabin’. The next story I had published was in The North Queensland naturalist magazine in 1976. The topic was ‘The Shy Australian Water Rat’, it was followed by ‘Old Man Goanna’.

Over the years I’ve written a lot about wildlife, adventure, history, travel and health. I remember when freelancers used to get paid quite well for their stories. Then my life got busy. I was working full-time, studying and raising a child, and I didn’t write much except academic papers. I went on to have a career in health and followed the academic track getting a nursing degree, a masters and doctorate in public health. It’s only been since I retired a couple of years ago that I started writing again.

I won a writing competition in the 1980s. I had to write about nursing in the year 2000 The prize was a cruise for two and $1,000 spending money. I still remember how excited I was when the magazine arrived with my article in it and saying I had won I planned to take my mother on her first cruise with me. I waited to hear more, and after a few weeks I contacted the magazine and discovered it had gone into liquidation. I never did get that prize.

There is also the fame I’d rather forget. My neighbour at the time invited me to a Tupperware party when I was a couple of months into my nursing training. At the party I met a woman who was about 23. She started talking to me and asked me what I did. I bragged that I was a nurse and she asked me where the heart was. I hadn’t done much anatomy at the time, but pointed to the far left side of my chest. I didn’t think anything of it until I attended a lecture a few weeks later. An intensive care specialist gave the lecture and then looked around the room and said, “I have a patient in intensive care now who owes her life to a junior nurse not knowing her anatomy. She shot herself in the chest aiming for her heart, but missed because the nurse told her it was on the far left of her chest. The heart is in the centre of your chest, not on the left side”. I realised the ‘junior nurse’ was me. I found out later that the woman had been embezzling from her firm. She was about to be caught and she tried to take her own life. She went to jail for a while, though I hope my ignorance helped her to go on to have a good life.

What’s your claim to fame? Tell us about it.