Think you know your 1960s music? Test your knowledge with our quiz 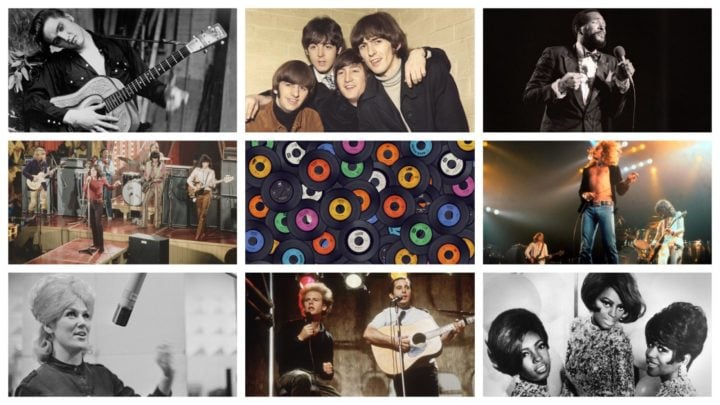 There was a lot going on in the 1960s. From revolutions in fashion and attitudes to upheaval in the world of music. In the early-’60s you probably recall music sounding much like the tunes from the previous decade. Those who had found fame in the ’50s — Elvis Presley, Ray Charles and the Everly Brothers, for example — were still looming large in the early part of the ’60s. But all that was about to change.

Excitement was rife in the music scene. Who can forget the hip-gyrating tunes being pumped out alongside expressive, lyrical singles and songs that got us thinking about what was happening in the world around us? Musicians in the ’60s dared to broach social and political issues, using their celebrity and talent to craft lyrics full of protest and meaning that even today stand the test of time.

The ’60s was a time for challenging the conventions of the day. There was a lot of talk about ‘making love, not war’ thanks to Flower Power. Some took that concept quite literally and the moral beliefs around sexuality were challenged. There was also a greater push for women’s rights, the start of the feminist movement. The civil rights movement was also being tested thanks to Martin Luther King’s powerful ‘I Have A Dream’ speech. And let’s not forget how environmental issues were being addressed at this time. Music played it’s part too.

The styles of music in the ’60s were so diverse. Rock music and jazz found favour in this decade, while folk tunes embraced a rebirth. Surf music became popular thanks to the Beach Boys, The Champs and The Sufaris. Blue and Blues rock took off in the ’60s, with the sounds of Jimi Hendrix’s incredible guitar style. Janis Joplin was also a well-regarded Blues artist of the ’60s, but while her star shone for a short time there was another artist whose music has endured long after we waved the decade goodbye.

Eric Clapton would have to be a rock pioneer. In the 1960s he was playing in bands such as The Yardbirds and Cream, but he also played with John Mayall and the Bluesbreaks and John Lennon and the Plastic Ono Band. ‘Sunshine of Your Love’, released in 1968, is still as great a song today as it was then.

The British Invasion brought the likes of The Beatles, the Rolling Stones, the Kinks and others to an international audience. Chaos ensued.

Soul music developed in the ’60s thanks to Motown. The record label played a critical role in racial integration of popular music and achieved phenomenal success in the decade with 70 records reaching top 10 status on the United States Billboard Hot 100. Smokey Robinson got his start at the label as a 17-year-old. So too did Marvin Gaye, Stevie Wonder, the Supremes, The Four Tops, Martha and the Vandellas and the Jackson 5.

Add to the mix country music (Patsy Cline, Glen Campbell, Tammy Wynette and Roger Miller to name but a few) and there’s no doubt music of the ’60s was an eclectic mix. There was definitely a song for everyone in this decade.

The following 10 questions are a random assortment of songs, lyrics and artists from the 1960s. How well do you know the music from this decade? Take our quiz and find out.

What was your favourite song from the 1960s?