‘Meet my friend John, he’s behind many of Australia’s hit musicals’ 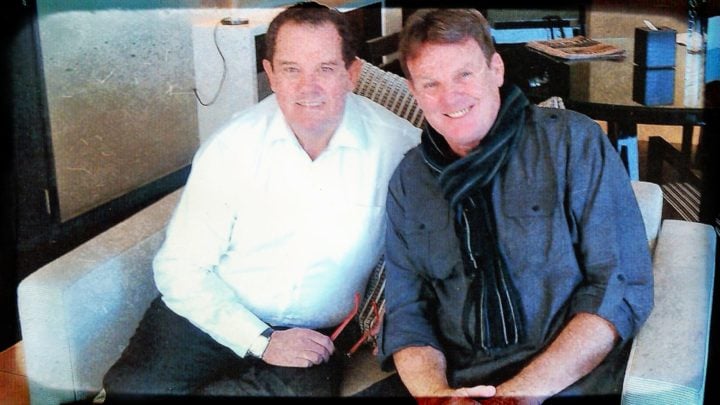 He’s regarded as Australia’s most prolific and successful theatre producer, but I know a different side to John Frost. I was working in the arts industry in Sydney in 1972 when we first met. Though we were working in different areas of the industry — John at Channel 9 Willoughby, while I’d just finished at the opening of the Sydney Opera House and had moved to Her Majesty’s Theatre — our paths crossed and we formed an immediate bond. We had a number of similar interests, especially theatre.

Raised in Adelaide, South Australia, John was determined to work in theatre. He told me he would present his own shows in his backyard as a child with a favourite aunt performing for him. At the age of 15 he went to the stage door of Her Majesty’s Theatre and pestered the head stagehand for a job. His persistence paid off and he secured a job backstage. John worked diligently in all aspects of the theatre and finally his hard work landed him a position as a dresser on the JC Williamson tour of Mame. He was 16.

I, on the other hand, was born and raised in Western Australia. I was terribly shy with a stammer that inhibited me greatly, yet I discovered the stammer would disappear completely when I was involved in theatre. Regardless of the role I was involved in, being a part of the theatre felt very natural. I’d seen Mame several times when it was in Perth, but had no knowledge of John working behind the scenes.

When we met, John told me of his huge passion for the arts from as long as he could remember. Both of us had no other family member with a leaning towards the arts, so I think we just had an instinctive yearning to be a part of the wonderful industry we are both still involved in.

John has certainly worked his way up through the ranks. From not being able to thread a needle, John went on to become wardrobe master and from there he became an assistant stage manager, then stage manager with the Old Tote Theatre Company. It was a job he was quite dedicated to and he forged many friendships. Even in those early days when I knew him, John seemed to have a clear plan of where he wanted his career to go, but “I didn’t really know what a producer was” he tells of his climb to the top. His dream of producing came some time later when he forged a partnership with friend Ashley Gordon, which is how the Gordon Frost Organisation got its start. Their first production was financed using John’s credit card.

I left Australia as things were starting to take off for John, moving to London where I married actress Su Pollard. John and I kept in touch and we were able to catch up when he flew over and spent a few days with us while on the hunt for shows he could produce in Australia. It’s hard not to be energised by John’s excited and passion for theatre, which has not waned after more than 35 years in the business.

The turning point for Gordon Frost came when they revived The King and I in 1996. The Rogers and Hammerstein hit toured Australia with Hayley Mills in the lead and went on to play on Broadway. John won a Tony for ‘Best Revival of a Musical’ and it opened doors for him wherever he went.

He followed it up with South Pacific and Hello Dolly and says their success was probably due to the fact they were vintage musicals that hadn’t been done for a long time. “When I first did The King And I – a revival that hadn’t been done for 20-odd years, I did it out of the blue then followed up with South Pacific and Hello Dolly, so audiences got three to six years of vintage musicals, which became a nostalgia trend,” he told the Sydney Morning Herald in an interview in 2015.

Teaming with Opera Australia, John brought the production of My Fair Lady to Australia, which was directed by the original Eliza Doolittle herself, Dame Julie Andrews. I consider that production to be one of John’s most successful shows, critically and artistically. John invited my then-partner Sacha (now husband) to opening night at the Sydney Opera House and we were able to immerse ourselves in the impressive performances of its cast.

John is a generous man and we were most recently treated to the production of The Book of Mormon, a Broadway smash and possible the funniest musical I’ve ever witnessed. Sacha and I saw it performed in Sydney, but having run across Australia to much acclaim, the production will arrive in Perth, Western Australia in September and I’d encourage anyone with an interest in theatre to go.

Of the many experiences I’ve shared with John Frost, one of the most rewarding would have had to have been the time he brought the late Debbie Reynolds to Australia. John knew of my great admiration for the actress, and I was employed to tour with her and her personal assistant Jenny Powers. It was on this tour Debbie and I became close friends and I’m eternally grateful to John for helping make my dream come true. It was this kindness and the opportunity to work so closely with Reynolds that allowed Sacha and I to bring Debbie to Perth for the musical Irene.

When I asked him what the most exciting part of producing a show was, John said, “It’s raising the capital. Anyone can invest in one of my productions, but they also have to be comfortable with a loss. Most of those who do invest come from overseas, though there are a lot of locals too”.

John is non-stop and concedes that as hectic as his life might be, he has no intention of stopping. “Never! What would I do? My partner and I have a farm [in NSW] where we go to get away but after six hours there sitting on a chair I’m bored,” he says.

It is even rare for him to turn off his phone. Having known him for 45 years, his enthusiasm for show business has only increased. Current productions include The Book of Mormon, Charlie and the Chocolate Factory, Saturday Night Fever, Chicago and Waitress

Being around him is never dull and I am fortunate to have been able to maintain my friendship with John Frost over the years. John says he’d like to be remembered for “entertaining people and helping create a new theatre audience for the 21st century in Australia” and I there is no doubt in my mind of that!

Are you a fan of musical theatre? What was the last production you saw?