‘There are no winners in the spread of extremism’ 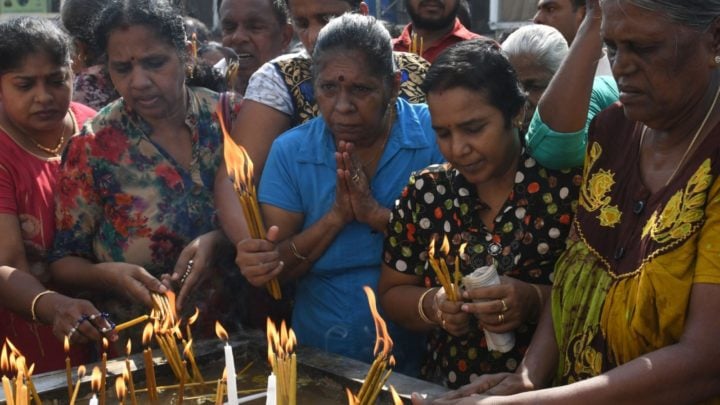 Despair struck the world again, as I read about the bombings of Sri Lanka in April. Enormous loss of life, the innocent civilians, worshippers in Christian churches, or tourists at hotels. The terrorists blew themselves up as well, gone. There are no winners, only survivors, with despondent hearts, grief and baggage.

Extremism has now spread throughout the world. How can anyone stop terrorism? We are all only ordinary citizens in a largely peaceful land, Australia, our home. Last month, we read about Muslims massacred in a mosque. We read very little about massacres and bombings happening almost daily in Syria and Africa, and in Afghanistan, to mention only a few.

Sure, there are now checkpoints and security procedures in place at airports around the world, with checks on suspected terrorists visiting Western cities. Counter-terrorism measures are aimed at de-radicalising potential terrorists in our society, in any land. Does this involve witch hunts in every country in the world? I do not know how anyone can determine a potential extremist. I look around the supermarket and local bank, wondering if the checkout chick or teller is a covert terrorist. Nah, of course they are not. Or maybe?

Another counter-terrorism goal is to defund extremist groups of their large financial investments in purchasing weapons to destroy other human beings. But something occurs to me. Right now, at this moment in time, factories around the world are manufacturing munitions to sell to anyone or any group who can afford to buy them, to shoot, bomb, maim or demolish other citizens on our lovely planet Earth. Often they attack people of faith in their places of worship, any group of underdogs. It is a miracle that any faith persists. But people still worship in their own ways, according to their creed or culture.

Can we have a ‘war’ on terrorism? The world is still turning, faith keeps burning. The human race is no less barbaric than it was in the ancient times of the Trojan War. These days there are more and better weapons to destroy humans on a larger scale. As stated, we are the ‘little’ people. We cannot change the munitions industry by prayer alone. This global business of selling weapons of any description is making a lot of money for the systems that support the world economy.

We all hopefully wake up, make a coffee or tea, have breakfast. We hope we have a peaceful life in our own little corner of the world, Australia. We hope that there are no massacres here, in hotels, schools, churches, temples, mosques or airports. We hope ‘they’ catch the disenfranchised potential terrorists. Yes, extremism is spreading. We hope our loved ones, their descendants, are the survivors of this ‘war’. Like any war in history, no one really knows what they are fighting for, and for whom. The brutality damages the victors and the victims. Like the situation in Sri Lanka, and elsewhere, there are no winners.

What are your thoughts on preventing terrorism and extremism? Do you have concerns about the future?